David Myles ended his Real Love tour with a packed crowd in Halifax at Casino Nova Scotia on Friday night. Originally from Fredericton, New Brunswick, David Myles now resides in Halifax and was excited to be able to be “a dad and a musician at the same time,” since he could pick his daughters up from school and play a show in the same day. The tour was in support of his 11th studio album Real Love —released earlier this year.

Joining him on stage, were Alan Jeffries on guitar, Kyle Cunjack on bass and Michael Belyea on drums—all from New Brunswick. They performed songs such as the doo-wop “Change My Mind,” and “Don’t Drive Through” which is about how people shouldn’t just drive through New Brunswick when driving across Canada because there’s a lot to see there. David Myles stated how when they played it in Saskatchewan, people really understood it and it was a hit, and personally being from Saskatchewan the song definitely resonates with me! Myles and his band were then joined on stage by vocalists Reeny and Mahalia Smith for songs like “Stupid,” “Real Love,” and “Need a Break.” During “So Blind” Myles performed a trumpet solo and thanked his elementary school band for it, as well as giving a hand to all the music teachers because “they’re so important and don’t get enough love.” During the night there was a lot of crowd encouragement whenever David Myles would dance and show his moves. Some people also danced in the aisles throughout the night.

Myles, Cunjack and Jeffries performed an a capella of “Dreaming,” and Cunjack switched out his bass guitar for an upright bass for songs including “I Wouldn’t Dance” and a cover of Don Gibson’s “Sweet Dreams”—David Myles stated how many of his songs were late 50s and early 60s inspired. Before his romance song “Turn Time Off,” he explained how he wanted to write one steamy romance song but as a tall guy with glasses—whom someone mistook as Bill Nye—he was worried it wouldn’t work but had to do it no matter how uncomfortable it made himself or his listeners.

As a final song, we were treated to Nova Scotian hip-hop artist Classified joining the stage for “Inner Ninja”—a collaborative song between the two artists. David Myles stated his appreciation of everyone coming, since there is a lot of good stuff on Netflix right now. As an encore, he came back out with his band and vocalists and performed “I Will Love You” and “When It Comes My Turn.” This was my first time seeing David Myles and I was very excited to be able to cover the show! It was an extremely fun night, with Myles telling humorous stories about his songwriting process and life, as well as of course being full of great music and talent 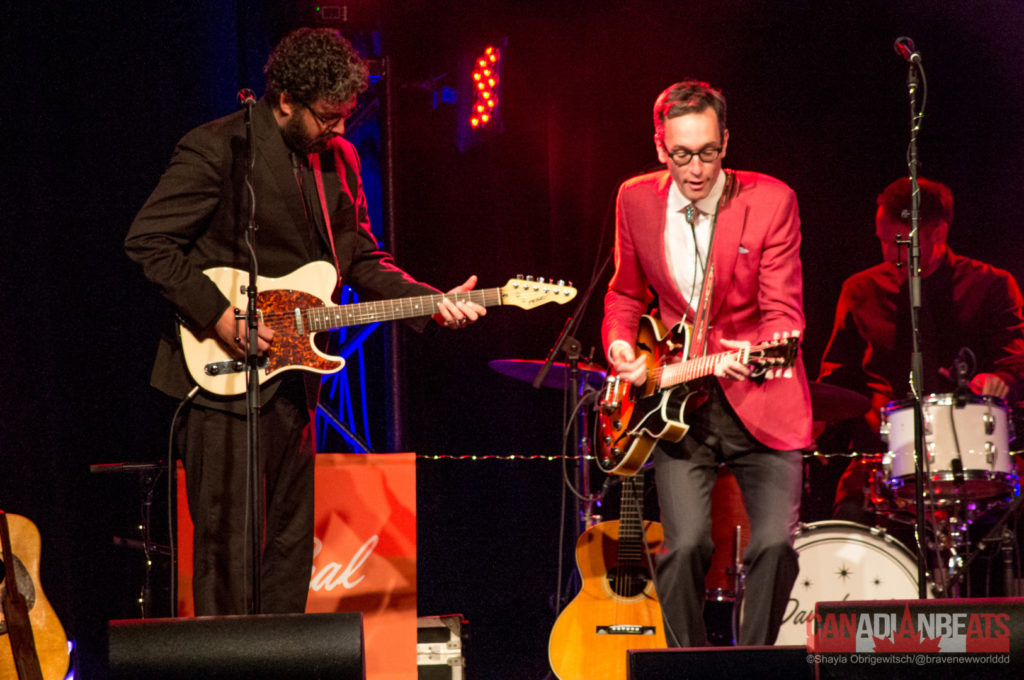 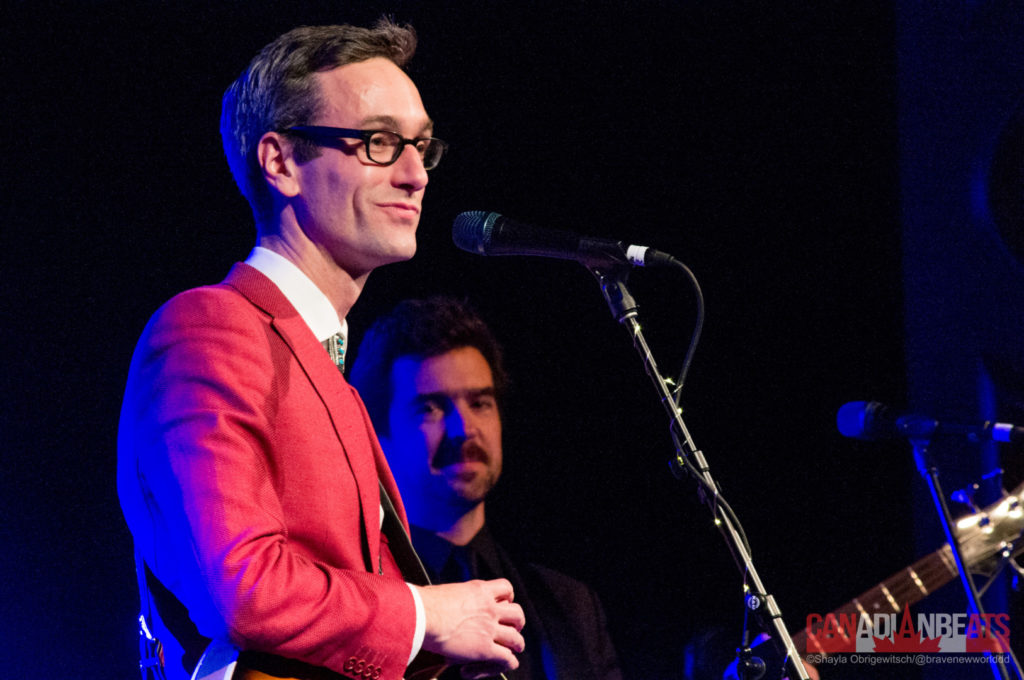 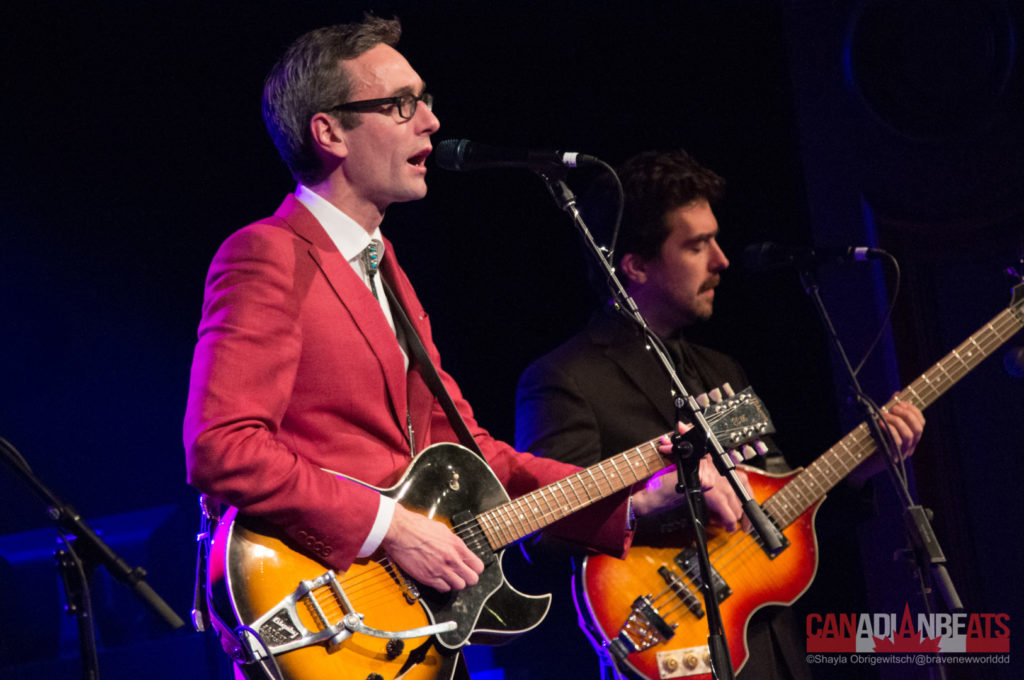 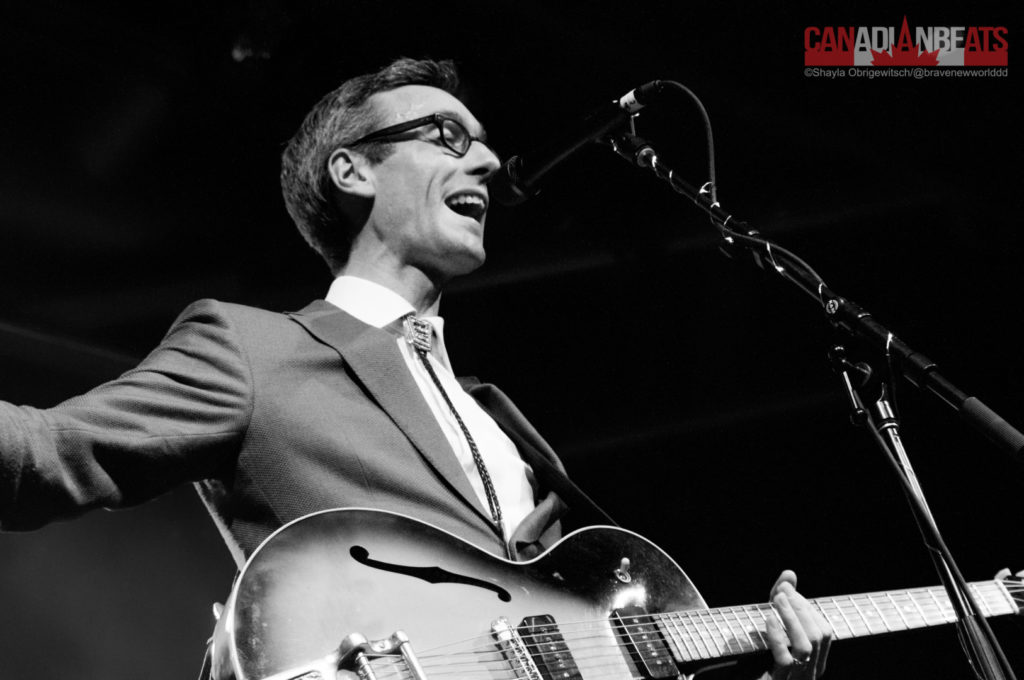 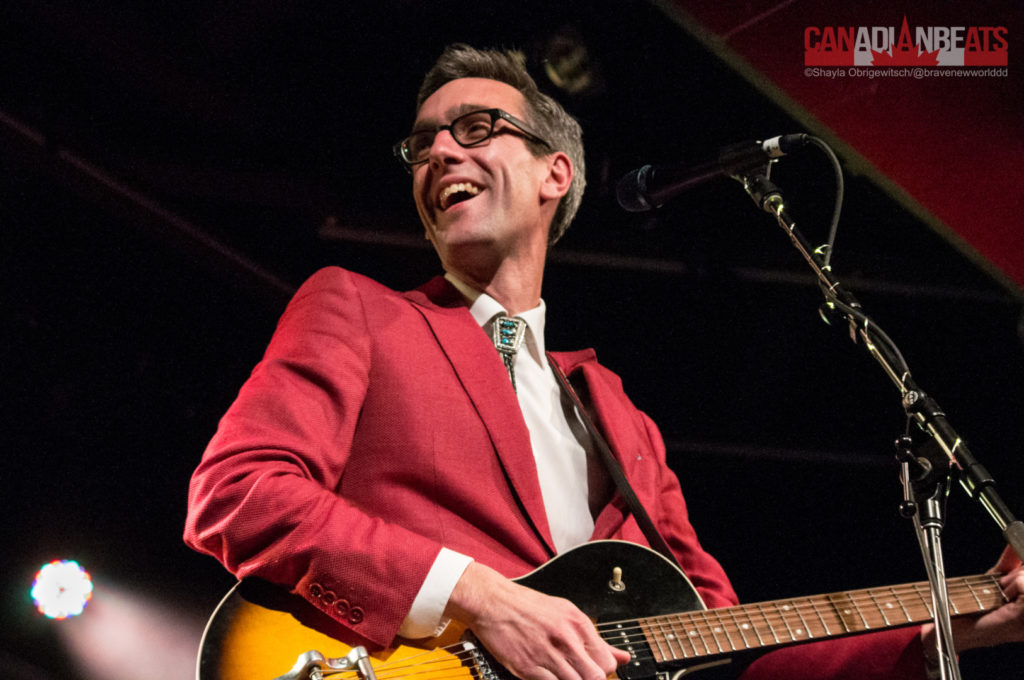 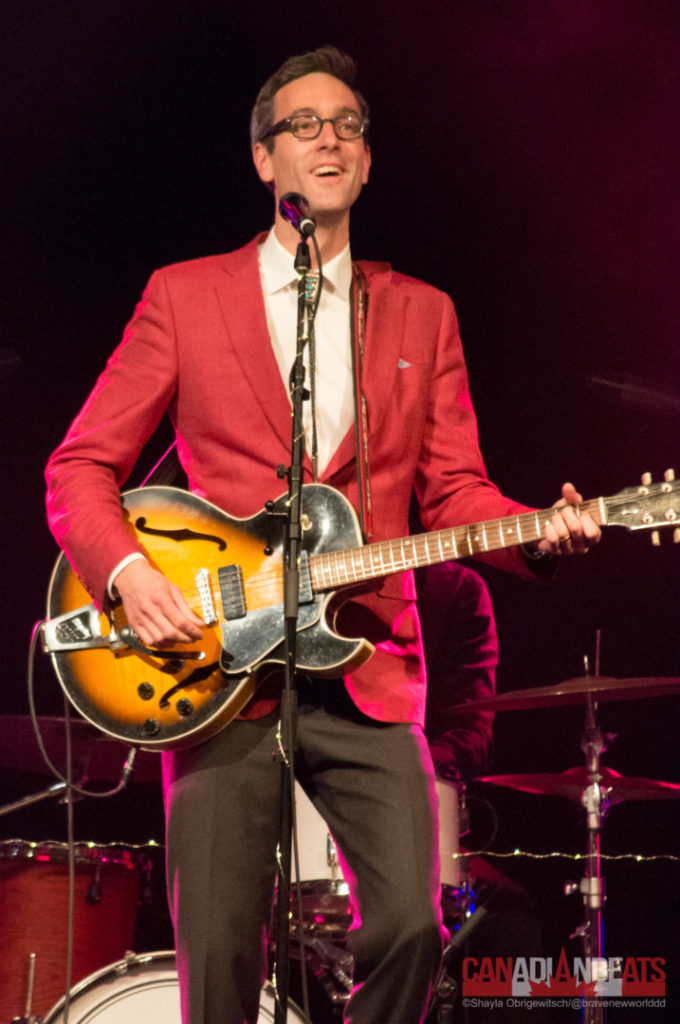