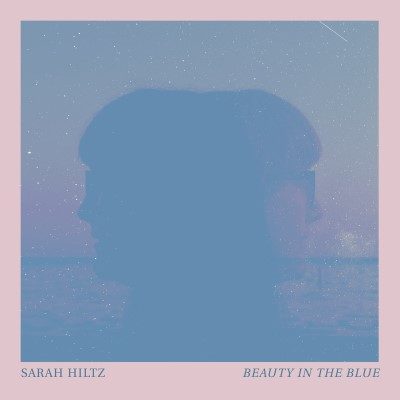 Beauty in the Blue is singer-songwriter Sarah Hiltz reflecting on the phosphorescence she discovers as a musician travelling across Canada by train. Her previous albums are suggestive of 1950s jazz- she lists Miles Davis (amongst other jazz and blues greats) as one of her major influences. Harmonically, he’s ubiquitous in her new music but her optimism and folksy splendour radiates above all else.

Hiltz’s vocal style is filled with early Joni Mitchell-esque inflections. “I don’t blame you”, she half sings/half speaks on “No Proof”, with a swinging guitar strum and a laugh. Her airy voice glides over a relaxed, buoyant bass. She employs the rhythms of Bossa Nova with ease on “What We Leave Behind”. The song questions unwarranted heartbreak and suffering, later resolving to untroubled acceptance: “if everything they say is the truth/then love/is what we leave behind at the end/so I’m sending you love”. A wave-like horn line has the last word, like a final brush of her shoulders.

The most impressive feature of Beauty in the Blue is the warmth it carries across all ten tracks. In “Fight Your Dark”, a tender final chorus is self-harmonized as she sings “Your words are breaking up my stone heart/I guess I won’t be leaving you alone to fight your dark”. To affirm her loyalty, “Traveller’s Grace” follows with a tranquil soundscape, a reverberating synth note growing closer until it’s met with strokes of an acoustic guitar. By the time Hiltz enters, her tone longing and pure, all eyes are closed.

The album concludes with the title track, where chiming percussion notes glisten throughout like sparkles in the snow. Hiltz is confident in her outlook, one that embraces positivity with compassion. Beauty in the Blue inspires its audience to leave the Cimmerian shade in search of light.