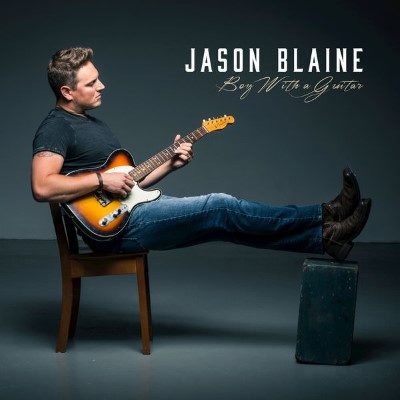 “I’m so excited for everyone to hear this new EP and get to know these songs,” says Blaine. “I wanted this collection of songs to be a snapshot of the different kinds of music I enjoy writing, recording and performing. That’s the beauty of songwriting, creating and storytelling.”

Since releasing his first single back in 2003, Blaine has racked up nothing short of amazing track record, with multiple Top 10 singles including the top 5 hit “Country Side” and the 2012 Canadian Country Music Association Single of the Year “They Don’t Make ‘Em Like That Anymore”. The latter was also featured as the #1 video on CMT Canada’s Chevy Top 20 Countdown and over the years Blaine has received multiple CCMA Award nominations for Male Artist of the Year, Album of the Year and Music Video of the Year. Blaine spent some time on the road this past summer, with stops at festival dates across the country including a slot at Alberta’s Big Valley Jamboree. Blaine has previously joined the main stage at the legendary Boots and Hearts Music Festival, Country Thunder and Cavendish Beach Music Festival, where he has shared the stage with such notable acts as Dierks Bentley, Rascal Flatts and Tim McGraw. This new release, Boy With A Guitar is a beautiful blend of country music. Blaine’s talents truly shine through in this album release.

“Boy with a Guitar” is a signature country song that I really enjoyed about a boy with a guitar trying to impress the girl.

“Can’t Have You” is a beautifully written song about being lost without your one love.

This album will impress any country listener, I really enjoyed reviewing it. I am a huge country fan and this is absolutely one of my new top favourite albums! I can’t wait to hear more from Jason in the future.