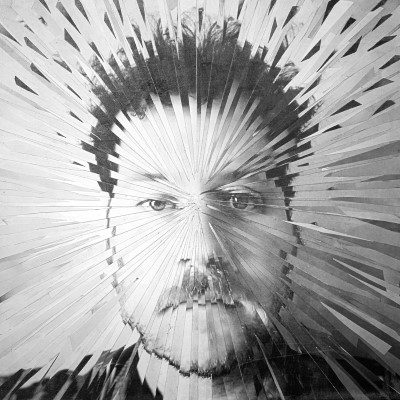 Toronto based singer/songwriter Dave Allen has released his debut solo album When The Demons Come. The album was recorded over a year throughout various location in Ontario and contains over a decade’s worth of Allen’s material. The eleven songs were all written, mixed and produced by Allen himself.

His vocals come through in a slightly distorted echo but only add to the ambience of the tracks. “Celebrate You” starts off with a softer, more delicate guitar which matches the tone of the song perfectly. “Oak“ picks up the pace and definitely has more of a country/folk vibe than indie/acoustic as the previous songs. It leaves the listener little choice but to nod along to the beat. Saint John brings back the slower, more delicate feel of the album with flowing backing music and lilting vocals and harmonies. “Though I Hardly Knew You (I’d Still Call Out Your Name)“, a song as long as its title, at almost four and a half minutes long, continues with Allen’s talent for thoughtful lyrics paired with harmonies and sounds as if it’s from an era past.

Perhaps it’s just the echoey effect of the vocals but the entire album sounds as if it should be enjoyed as a vinyl. There is something about his music that doesn’t seem like it’s from this era of more pop-centric songs geared towards the changing cultures as of late. Perhaps it’s because the songs were written over such a long span of time or because Allen produced it in a very DIY manner, but the passion behind his work is refreshing.

Be sure to check out his upcoming tour dates with shows throughout November and December.