PREMIERE – The Retroaction release video for “These Things For You” 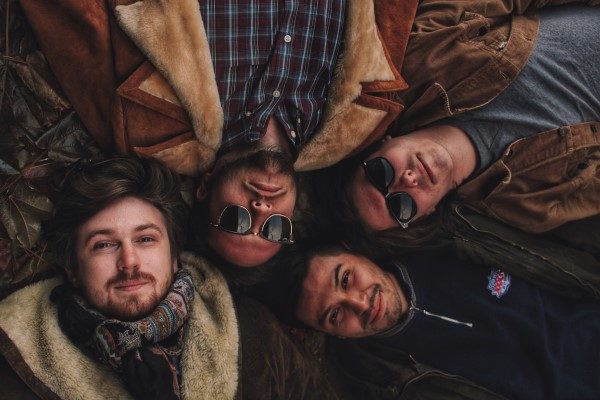 Ontario based band, The Retroaction have just released a video for their new single, “These Things For You”. When we asked the band about the video, they stated,

“The video itself is a fun take on the exploration of our record collection. While the player’s hand is examining some of the classic and humorous records, the lyrics for the single are displayed along with band themselves. “

We also asked the band about the song itself, they responded,

“The lyrics for the song were written about the idea of loving a stranger, the brief moment of imaging life with them. The inspiration came when Keith had a large crush on a neighbour, the opportunity to speak with her never came up, but there was an energy, looks, and an obvious attraction. Once on a stormy night, he witnessed her running from her car in their shared parking lot to her apartment below. “Tonight I seen you running, running in the rain. That’s how I know there’s something, I hope to see you again. But I’ll just keep on waitin’, waiting for you. My heart is slowing breaking, I guess I’m drinking for two.””

Check out the video below, along with our segment of Five Questions With! Enjoy!

My name is Keith, I play in a band called The Retroaction

Oh man haha, this is always the toughest question. Our music is highly inspired by the 60’s and some 70’s. The Idea was to explore those sounds and feelings again and try to take it to the next level. I find a lot of bands really focus on the 70’s and 80s. But really the 60’s to me was the golden age of music. Most of my writing is inspired by my life. I think of writing music like breathing. Whenever I am inhaling I am living life, having adventures, and absorbing what I can to be inspired. When I am exhaling, I am in the writing process, creating something new. I find you need both in order to really create.

“These Things For You”

Lately, the Canadian artists I’ve been listening to are Alvvays, Crown Lands, and The Glorious Sons.