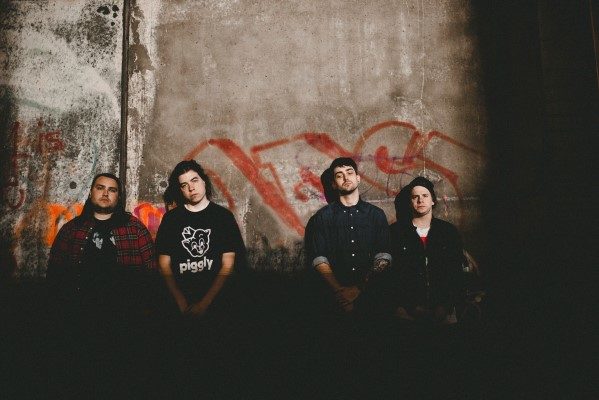 Ontario based alt-rock band, Heavy Hearts have released a video for their single, “Easy Mark”. The single is off of the band’s latest EP, On A Chain which was released on October 27 via New Damage Records.

When asked about the video, guitarist, Justin Glatt responded,

“The video was shot by our friend JJ Sorensen.  He came up with the idea of using the projected face to reflect the song’s lyrical content. Since first hearing the finished recording it had a sort of ‘colourful’ vibe to it and we all think the video captures that vibe perfectly.”