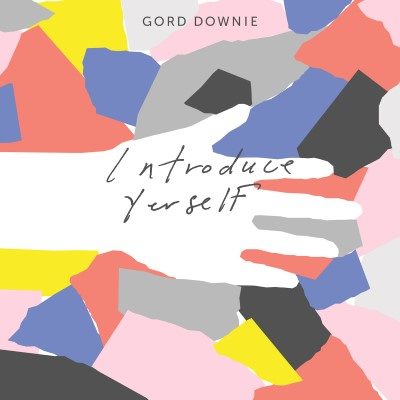 While we had roughly a year and a half to process the fact that The Tragically Hip’s Gord Downie’s time was fleeting following terminal diagnosis, his passing still felt unexpected and sudden. Following a brave battle against cancer, Downie passed away on October 17th after what had likely been one of the busiest times of his life.  Since the time of his diagnosis in May of 2016, Downie took part in a farewell tour with The Hip, embarked on his own solo tour, coauthored a graphic novel with an accompanying solo album, and still found time to spread awareness to the plight of Canada’s Indigenous populations.  All the while, Downie was also writing and recording what is now his final solo album, Introduce Yerself, a daring and bold album that was scheduled to release just over a week after his passing.  The album is the closing act to a remarkable life that further cements Downie’s identity as a true Canadian icon who not only loved his country but sought to better it through his art.

Introduce Yerself is a very simple record.  Opening with the melancholic ringing of a grand piano with Downie’s soft and distinctive vocals cutting above the bellowing of the keys, it is clear from the beginning of the album that this is a record carried by simple and artistic songwriting.  Similarly, the following two tracks, “Wolf’s Home” and “Bedtime”, carry on in a manner that sees Downie sing over just an acoustic guitar and a piano.  Downie soars over the challenges of minimalism in his writing, focusing on complex lyrical structures that each tells a rich narrative.  In this sense, Introduce Yerself is one of the most intimate records I have yet to hear and rivals that of Blackstar by David Bowie.  While musically these are two very different albums, both look to celebrate the life of an artist who was attempting to grasp with their mortality.  On top of Downie’s passing, it is this underlying theme that makes Introduce Yourself far more emotional and heartbreaking.

But it isn’t all sad.  There is an element of celebration that runs parallel to that of the sadness.  Songs like “Ricky Please” with its boogie-woogie keyboards and up-tempo beat allows for Downie to reach vocal peaks with a sense of energy and excitement that feels spontaneous and emancipating.  The same can be said for “A Natural”, “Love Over Money”, and “Thinking About Us”.  Songs like these are sparse and help to give Introduce Yerself a wider range of variety; however, it is the melancholic slow burners that make the record stand as exceptional.  Songs like “Introduce Yerself” and “The Road” are nothing short of epic.  Like a tidal wave of crashing emotions, it is in these songs where you can hear Downie’s conflicting feelings of confidence and uncertainty as he shifts between accepting and struggling with what is to come.  At the heart of it all, Downie recorded Introduce Yerself to be a reflection of his thoughts and feelings over the past few months, giving it an unbridled sense of honesty that makes it feel far more autobiographical than likely intended.

Over the course of its twenty-three songs- totaling over an hour is a record that is brimming with emotions.  To listen to this record- where each song is supposedly about a different person from Downie’s life- and to call it both heartfelt and heartbreaking is an understatement, especially when considering the nature of his passing a week prior to its release.  That being said, Downie knew that each creative output he had in the last year and a half could be his last, and Introduce Yerself is no different from everything else he achieved during this short time as there is no question about its quality.  In a way, despite the sadness that surrounds this record, the motivation, passion, and artistry behind the record gives it an uplifting feeling, making this a must hear album for a nation that is in grieving.   Gord Downie was a songwriter, musician, performer, and activist known for putting his all in whatever he did; this last act of his life is a testament to that and Introduce Yerself is the pinnacle to his bow before the final closing of the curtain.