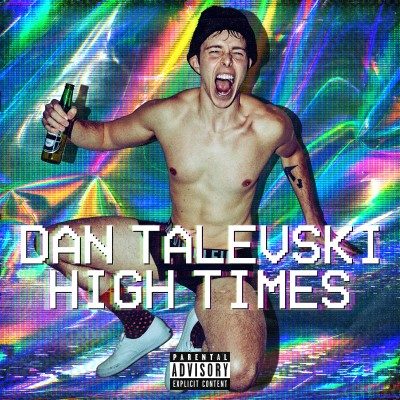 Toronto’s own Dan Talevski recently released his new EP, High Times via Entertainment One Music. The EP features 7 tracks including his 5 recent hits, as well as some new material.

The fun begins straight away with his previous single, “Birthday Suit” which can certainly be called a summer jam. It’s one of those songs that has a beat that gets stuck in your head immediately, and you can’t help but get up and dance to. Try not to sing along, I dare you.

The energetic tracks didn’t end there; “Knock Me Off My Feet” may actually be my favourite on the album. Upbeat, fun and a pure pop beat pulled me in from the very beginning.

“Papers” is the latest single from the release and features fellow Toronto based artist, Aleesia. This is not the first time that the two have collaborated. Dan says “Aleesia and I have been friends for over a decade now. We wrote a song called “Papers” last year, intended for me, but as I heard her sing the second verse, I knew we had a duet in the making. The track came together very effortlessly and once production was added, it was the perfect recipe for a breezy, hypnotic-pop cut on my new EP.”

Now, many of these tracks you have probably heard before, but there are two new tracks, “My Religion” and “Blackout”. “Blackout” is a slower track that showcases Dan’s vocals more so than the upbeat singles we’ve previously talked about. I had to listen to this track multiple times, simply because I was amazed by the complexity of his vocals, and found it hard to focus on one certain aspect of the track, as it all melds together to create a perfectly executed song, so why pick it apart at all?

At the age of 29, Dan has certainly accomplished lots, and I am sure we will be hearing more from this talented Canadian artist in the future.

The EP closes on a high note with “Rocket”. This track reminds me 80’s pop, but with a modern twist on things. This song would be killer performed live, I’m sure the crowd would go insane.

Good on you, Dan! You have put together an excellent release that may appeal to fans of various genres, namely Pop, R&B, soul, and rock.