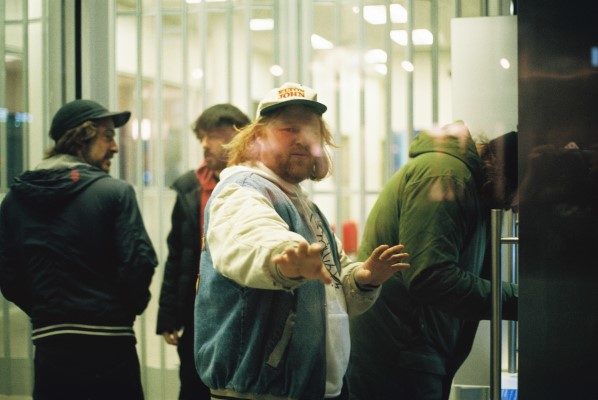 Halifax based band, Walrus recently released their album, Family Hangover. The band is currently on tour including an upcoming hometown show with fellow Halifax band, Like A Motorcycle at the Marquee on November 24, see a full list of dates HERE. We had a chat with lead singer, Justin Murphy about the new album, tour and much more. Enjoy!

This is Justin Murphy, singer of the band typing to you.

You released your album, Family Hangover on June 9, 2017, how was the response from your fans?

Seems that the response has been very positive, and we felt good about the way everything turned out with the album, so everything has definitely been good.

What can you tell us about the making of Family Hangover?

We originally started recording the songs for the album at the same time that we started recording our EP that came out before the album, but Madic felt that we should release an EP first to hopefully gain a bit of momentum, so we plucked 4 songs from the session and released Goodbye Something. That really gave us a lot of time to really perfect Family Hangover and really get the album to sound exactly the way we wanted it to. And working with Charles was such a pleasure, the best person you could work with.

Do you have any funny behind the scenes stories that you can share?

Can’t, too worried that mom would read this.

Touring is a treat, it’s the most fun you could have, and we’ve been lucky enough to get to see so many new places this past year, so it’s really been special. It’s always nice to be home, but we’ve been on the road more than we have been home lately so we have definitely learned how to make tour our home.

Has there been one stop on the tour that really stood out to you? Why?

New Orleans, LA. That place is just absolute madness. Can’t tell if I want to go back in the worst way or if I should never go back again. The love and fear of danger.

Being on the road for this amount of time must have its trials and tribulations, is there a certain item that is a “must have” on the road with you?

Space. And an airplane pillow.

Since Nova Scotia Music Week took place this month, of course, I have to ask, do you have any NS artists/bands that you think our readers should check out?

Reeny Smith, we played with her at another MNS thing once in Toronto and she was amazing and her band absolutely ripped.

What’s up next for Walrus once the tour finishes up?

Sleep I hope. Then working on a new record and recording it eventually, then touring to new places.

We love you so much.