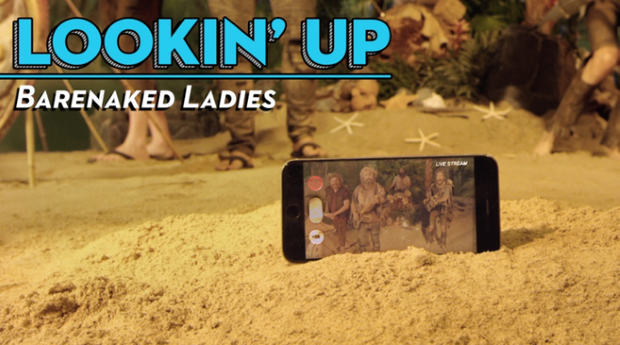 As they trek across the country for the Canada 1-Five-Oh and Fake Nudes tour, Barenaked Ladies have found the time to release a brand new video celebrating their new single, “Lookin’ Up.”

Produced by longtime online content creators and frequent BNL collaborators, Rooster Teeth, the video for the optimistic track off of the upcoming Fake Nudes album features the band dealing with the unfortunate circumstance of being stranded on a desert island.

The band is currently wrapping up their Canada 1-Five-Oh tour in British Columbia, with the final dates taking the band through Kamloops, Mission, Nanaimo and Duncan.  Immediately following the show in Duncan on Nov. 15, the band will be joined by Ron Sexsmith, and begin the Fake Nudes on Nov 17. to coincide with the release of the new album.

Fake Nudes is now available to pre-order on CD, 180 Gram vinyl or digitally.  Every ticket for the BNL’s Fake Nudes tour includes a digital copy of the new album.  VIP packages for Canadian dates of Fake Nudes are also available.