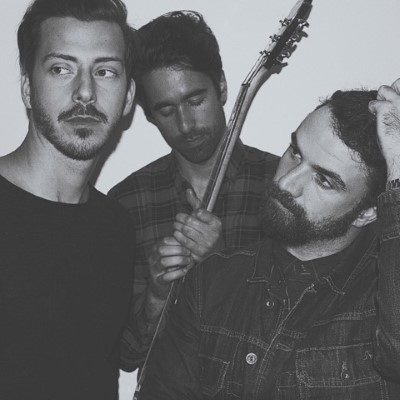 We had a chat with Montreal based rock band, The Moonlight Club about their brand new single, “A Little Too Easy” and much more. You can check out the video below, and check out the interview to learn more about this talented 3-piece Canadian band.

We’re a Montreal based alternative 3-piece rock band. We combine 60’s jangle pop and 80’s indie. We’re 100% independent and we aim to inspire people to pursue their creative projects, that’s why use the band as a way of collaborating with our friends: artists, photographers, DJs, writers, etc.

You have just released a new single, “A Little Too Easy” from your upcoming album, what can you tell us about the back story of the track?

FRM:  ‘A Little Too Easy’ is a reflection on the ugly side of tourism.  The lyrics were written in one sitting on a hotel rooftop in the town of Ubud, in the uplands of Bali, Indonesia. Because of jetlag, I would wake up at 4h00 every day and spend some time listening to the chants and talk to people in the neighbourhood. Reading about the Dutch colonization of Indonesia tainted my point of view.  It’s neither sad or optimistic. It’s an observation from a stranger arriving in a new country with a different culture. It’s about romanticizing certain parts of history. I already had a few chord progressions written with nice melodies. I put the two together when I arrived back home. It originally had 5 verses and was over 10 minutes long. It was too heavy and sad. It came together in the rehearsal studio when we figured out this mid-tempo and dreamy arrangement together. The drum and bass are quite hypnotizing. We decided to cut it to under 5 minutes. One day we’ll release the original version, I promise.

As mentioned, you will be releasing your new album early 2018, what was memorable about the recording process? Do you have any funny stories about the making of the album?

JP: Besides growing an addiction for dried seaweeds, we stumbled upon some funny instruments like an old vibraslap that we started playing with as a joke. Next thing you know, the vibraslap is a key instrument in one song on the album. We’ll let you find which one!

FR: Before the recording, I’ve heard rumours that Dave was really into drum’s recording. So every second I had to get crazy with Dave about that snare’s sound, I took and really enjoyed them.

Out of all the tracks on the upcoming album, is there one that stands out to you?

The album has a good range of songs from gritty stuff to some 80’s inspired rock and more folk so almost all songs stand out on there own but I’d say that ‘Simon and Nico’ really stands out. We had the chance to put some piano on it and it’s more of a ballad that plays around a double vocal arrangement with highs and lows throughout. It’s really beautiful and very different from what we usually do.

What do you hope that your fans take away from the upcoming album?

We feel that the album, through all its inspiration and the range of the tracks, brings us on a journey. It feels like a soundtrack. We hope people listen to it and experience a bit of that journey.

The album explores a lot of inspiration across many generations and brings it all together. It pushed us as musicians and pushed our sound further. We also worked with many many new instruments so people will hear more keys, piano, harmonica, cajon percussions, acoustic guitars as well as the main instruments which are the classic Hofner bass sound, electric guitars and drums.

You worked with producer, David Smith on the album, who has worked with the likes of Patrick Watson, Elephant Stone and Leif Vollebekk, what was that experience like?

Going in to record the album we had the chance to be in the studio for 9 days straight. It was our first time being in for a long period and it really became an amazing collaborative experience for everyone. With Dave, it really allowed the relationship to grow and to become very comfortable exchanging ideas, making the music better. We had previously worked together on our first EP and it felt like we were just continuing where we left off. We really appreciate that natural “open-minded” attitude Dave has. He really jumped into the project with us.

Once the album is released, can fans expect tour dates?

We are really focused on launching the album right at the time with a great video to come with the single. We’ll also be launching a pre-sale for some vinyls and CDs so that’s really the priority now. Shows are definitely coming after the launch and folks in Montreal and the rest of Quebec will see more of The Moonlight Club in 2018 for sure!!

If someone has yet to see you live, what should be expected from your live show?

We really go in to have as much fun as possible. Shows feel like the music we play so it’s a good range of high energy tracks and some calmer pieces. It’s a ride. Being 3 in the band really forces us to give it all to bring the music to life. With the new album that has more complex tracks, it will be something different than with the EP. People can expect to see new faces on stage to accompany us.

What three words would you use to describe The Moonlight Club?

Canadian Beats is all about Canadian music, who are some of your favourite Canadian bands/ artists?

We are lucky to have been inspired by amazing Canadian artists for a long time and continue to be. We really like early a new stuff by Richard Séguin. Classic Céline Dion, Neil Young, les BBs and the likes. Today, we really enjoy Plants and Animal, Leif Vollebekk, The Barr Brothers, Elephant Stone, Adam Strangler and Foreign Diplomats just to name a few.