Lights announces 2018 We Were Here tour 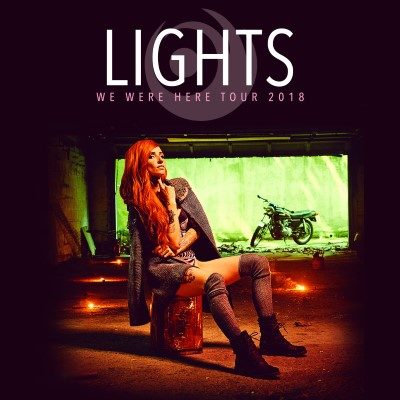 Alt-pop artist, Lights has announced her 2018 headline tour entitled, We Were Here Tour. The tour kicks off on January 30 in Vancouver and includes stops in major cities such as New York, Los Angeles, Philadelphia, Chicago and Toronto. The tour is in support of her fourth studio album, Skin&Earth which was released via Universal Music Canada on September 22, 2017.

For a full list of dates as well ticket links, head here.