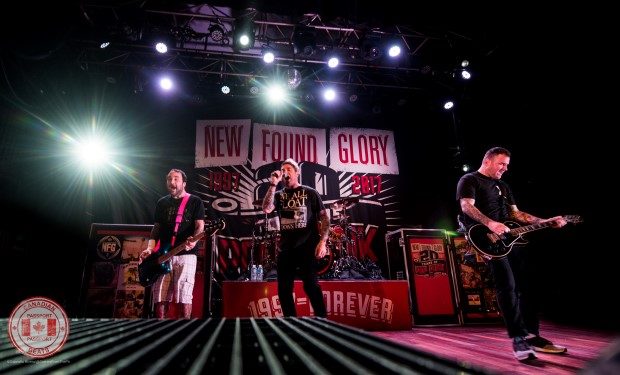 Who: New Found Glory
When: Saturday, Nov 4th, 2017
Where: The Opera House, Toronto ON

1997-2017, 20 years of pop-punk marked a milestone for New Found Glory who absolutely killed the Opera House on Saturday, November 4th. With their catchy sing-along type tunes, they brought back so many memories for many teenagers over the years, that rocked myself and the venue. With lots of crowd surfing from the fans to balloons, balloons everywhere (which surprisingly lasted until the end of the set), to fun interactions between band and audience, it was truly amazing to see. There was a pretty sweet part when lead guitarist Chad took a fan’s phone and took a selfie with it. I think it’s safe to that he was indeed a happy camper.

Starting off with a short video intro with clips from their years of touring adventures, it was a great little teaser before the start of what was to be a very memorable show. As soon as their set started you could feel the energy radiate from the band, sending the audience into straight nostalgic feels, singing along to every word sung by their lead singer, Jordan.

Shortly after performing a fan favourite “All Downhill from Here” Chad went on to say that they haven’t played a show in Toronto for 15 years, and how excited they were to be in the city for their 20th anniversary tour “it’s like a birthday party” he said. New Found Glory played a lot of songs from their latest album “Makes Me Sick”, with a lot of classics from albums such as “Catalyst” and “Sticks and Stones”.

“The most amazing thing about music is that it brings back a feeling from a place and time” Chad said before playing “Sonny”, a song written after the death of his grandfather, in which he encouraged the crowd to think about anyone they have lost and celebrate them, it was certainly a tear jerker for sure.

They ended with 2 encores with the last song being “My Friends Over You”; the crowd exploded by this part, it took me on a journey back to my teenage years, where I remember walking in the hallways of my high school blasting this very song. I sang my little heart out along with hundreds of other fans. I feel so privileged to celebrate 20 years of pop-punk with one of my favourites. 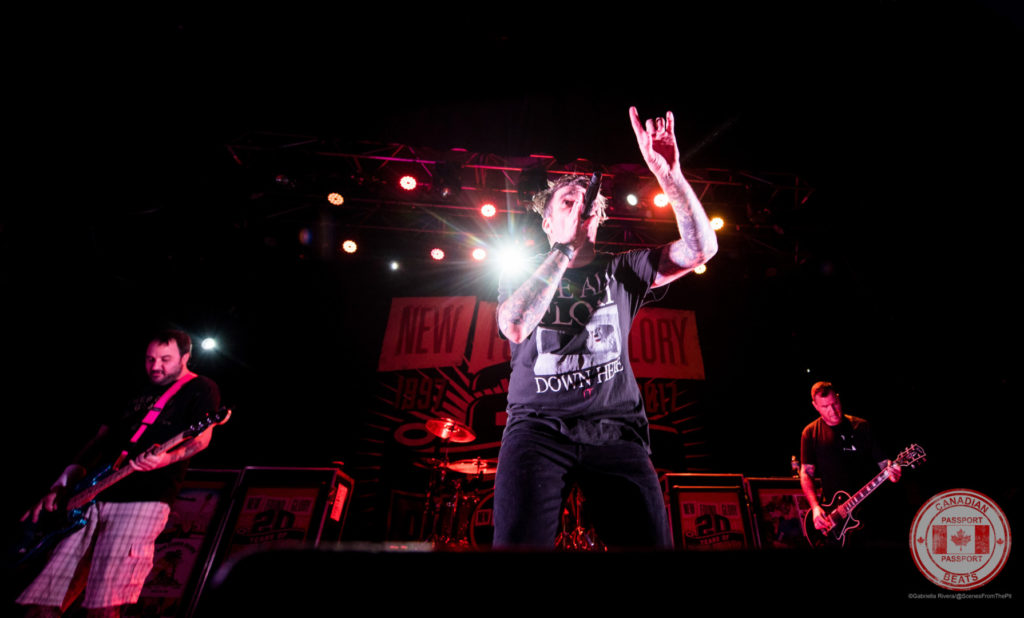 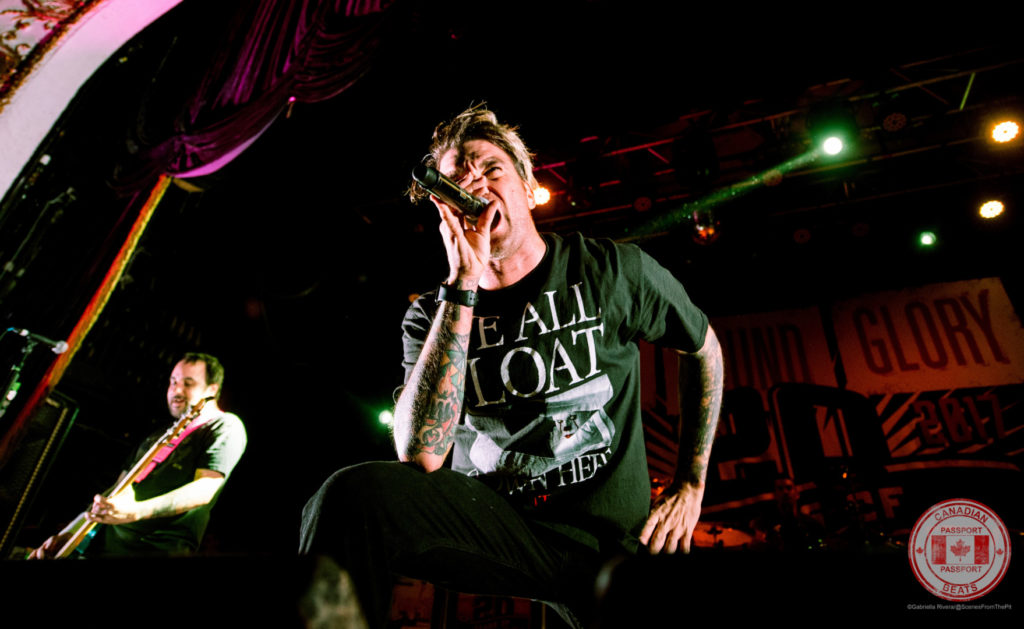 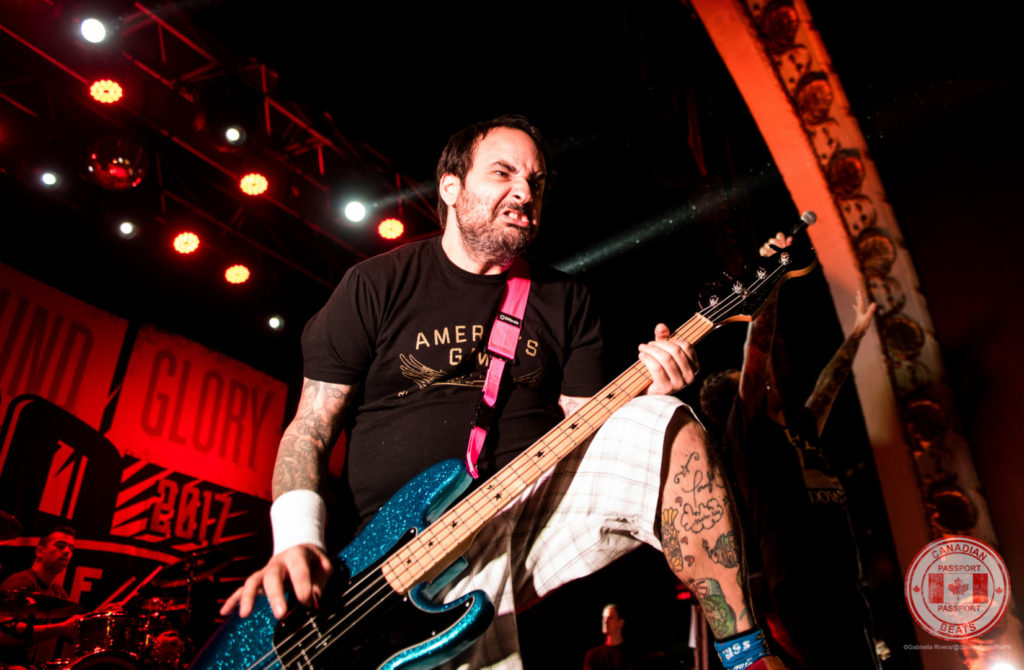 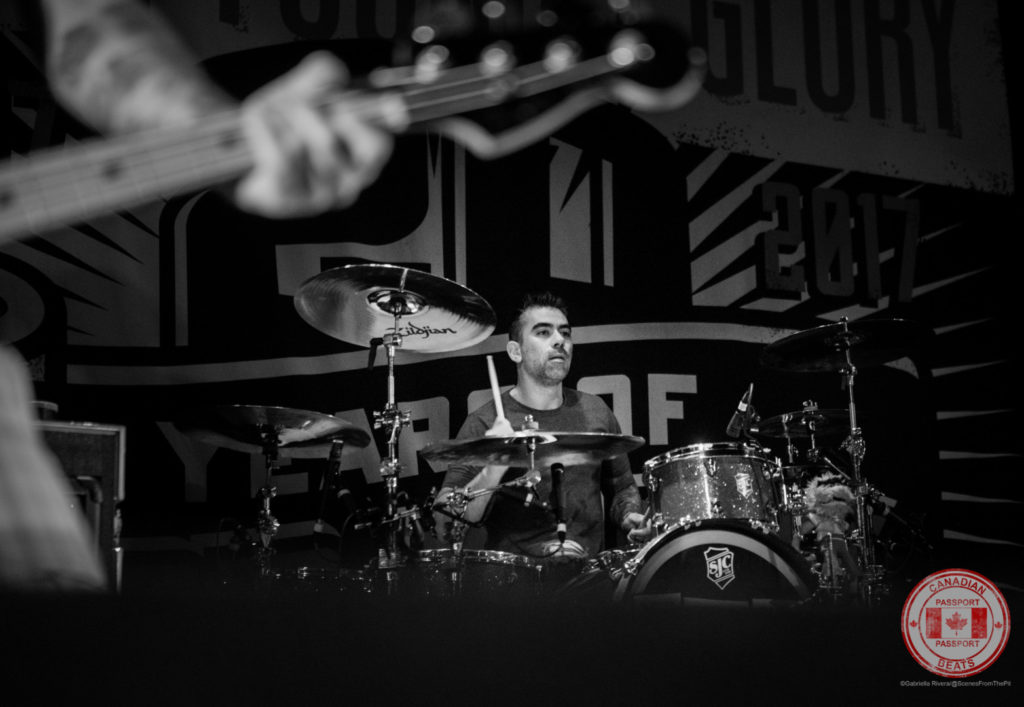 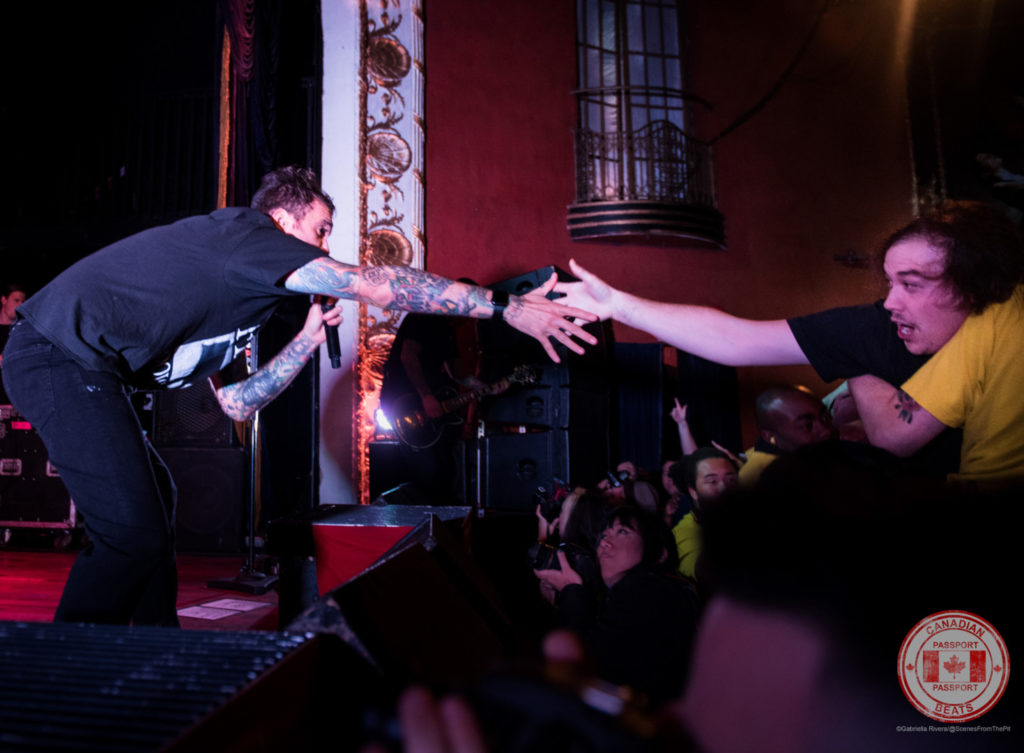