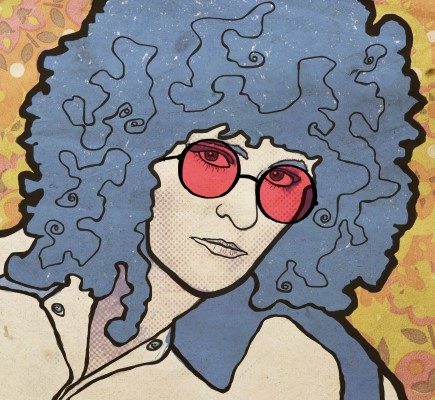 On The Workingman’s Blues, Toronto singer-songwriter Kat Goldman offers a wholehearted, timeless alternative to the fleeting overnight sensations we’ve become accustomed to as a generation. Goldman found early success in 2002 with her debut “The Great Disappearing Act”, only to have her sophomore album delayed when she was almost killed in a freak accident- standing in a bagel store when a car crashed through the window. She later became known as “Gypsy Girl” after relocating to Boston to finish a B.A. degree at age 39. It was there that she connected with marginalized individuals, discovering their socio-political circumstances that inspired her latest work. With the help of all-star producer Bill Bell, Goldman’s unorthodox musical career is now at a well-deserved peak.

The album is a collection of painful stories about a young man and his never-ending hustle to make ends meet. It alludes to American society where sustainable employment is an anomaly. Narrated by Goldman, her perspective highlights the emotional burdens created by these issues. She translates lingering and introspective sentiments into teary-eyed reminiscences and confessions. “And when the words won’t come and your hands are frozen, I’ll always be the one to dream for you”, she sings wistfully on “The One To Dream”.

Her vocal tone is immediately distinct- light and contemplative while always maintaining a subtle vigor that reaffirms the integrity behind the lyrics. The title track is a powerful ballad and centrepiece, accompanied only by simple chordal progressions on the piano, emphasizing the vastness of her range and the song’s poignant profiling of its subject. “The Courthouse” and “Release Me” pay homage to 70s rock, adding an impressive, head-bopping diversity to the album without interrupting the significance of her storytelling. Her folk roots are best represented in “Take it Down the Line”, muted strings trail behind Goldman’s reflections as she sings over the delicate fingerpicking of an acoustic guitar.

The Workingman Blues is genre versatile discussion of a pressing social concern that’s largely ignored in today’s songwriting. We can all relate to the position she presents: stuck in the middle of a beautiful struggle and questioning whether or not the process is worth our while.