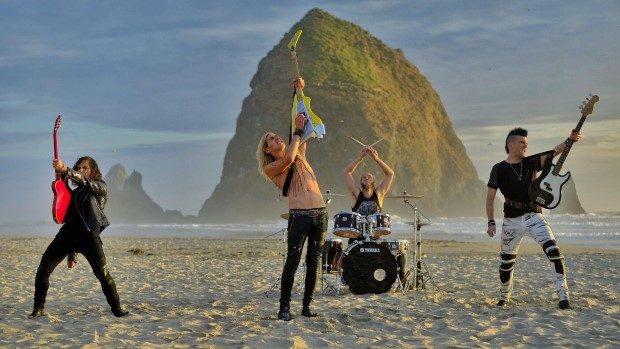 Marianas Trench, a pop-rock quartet from Vancouver and one of Canada’s favourites has released their much-anticipated video for “Astoria”, the title track of their 2015 album. An unusual choice for a single, but fans were over the moon when the band started teasing the release of the video on the second anniversary of the album. An ode to the inspiration of the album, The Goonies, and filmed in Astoria itself, the video brings the band’s love for the classic movie to life as they visit the house used for the movie, as well as other areas in the town. The band had previously announced that the Astoria album cycle had finished with their last tour, so fans were delighted at the prospect of the new video.