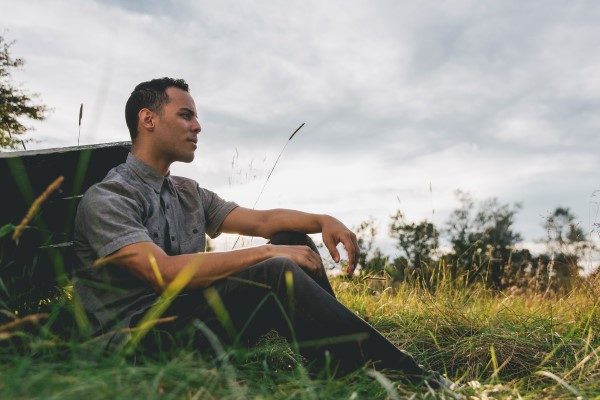 JonoJosh, also known as JJ Gerber has recently released a video for his single, “Chance” which you can check out the video for below.

We asked JonoJosh about his thoughts on the songs heartbreaking beginnings, and he commented,

“A couple years ago during Canadian thanksgiving I was phoned by a friend Diane and asked me to pray for her friend, a 30 year old woman who had two children and had been just diagnosed with cancer.  She had been given two weeks to live. I really didn’t know what to do, so I wrote the first half of this song. I sang it every day for those weeks and she ended up living another 2 years.  After she passed the song took on a new meaning for me. Originally it was about giving her another chance to live, but now it’s song of hope. A song that is about fighting when you feel you have nothing left. It’s about supporting your friends and being unafraid to strive for your dreams.”

We also had a little chat with him for our newest segment of Five Questions With, enjoy!

Hi there, I’m JonoJosh a soul-pop artist from Brampton Ontario.  Although I grew up there a good amount of my time was spent touring performing in the states.

I have a lot of artists that inspire me: Leon Bridges, Amy Winehouse, John Legend.  But that being said I try to create new sounds that push the bounds of creativity.  When writing my first question is “what is the heart of this song. And is it being told.”  From there I create chord structure based on that.  In the case of “Chance”, it was far more instantaneous though.  The heart of the song was clear before it was written so the words wrote themselves.

We do!  November 26 we are doing an acoustic experience in Toronto which will be a very intimate portrayal of the new ep we will be releasing “the freaky adventures of the groove”.  Check out our page for more information about that one.  We’ll be posting a few things soon but for now, I can let you know that Paul Barton who dances in the “Chance” music video will also be doing a set that night.

January 18 we will be doing a set at the Supermarket with Silverlinings and Tringa which will be closer to what our fans have come to expect: full band, dancers, poets.  We’ll have the full crew for that show which will be exciting considering we’ve been on hiatus recording the ep for the past few months.  The reason we are only doing two shows in the next few months is because I am currently preparing to open Grease at the Wintergarden Theatre in Toronto which I am very excited about!  So if people wanna find me that’s where I’ll be.

Wow, that’s a hard one for sure.  Every single song tells a different story and evokes a different emotion.  On different days the whole band has had different favourites.  I think the song I probably listen to the most which I’ve released is Fleeting Gaze.  But the song I catch myself and band humming the most is probably hypnotized.  Which is ironic because everyone’s favourite to perform is definitely IYGS without question just.  But that being said there are some new songs on this ep that are coming out that I think people are going to love!

I have a long long list for this one…  so instead of giving the entire list, I’ll tell you whats in my recently played playlist. Ok, here we go, Andi, Paul Barton, Monowhales, Landon Abram, Allie, MoonHead, Belvue, Unbuttoned, Silverlinings, Tamara Madison, and Alessia Cara.  Just to name a few.  Everyone should definitely check out each of those artists.