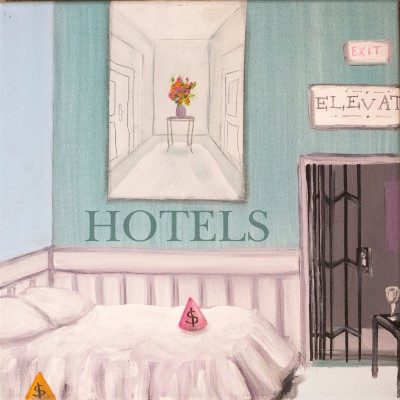 Toronto’s Jade The Moon has released a brand new single, “HOTELS” and has announced their new album, 11:11 which is set for release in early 2018. The group says that the collection of tracks on the upcoming release are best described as “musical photographs”.

When we asked about the single, the band replied,

“Living out of a suitcase can be lonely, exciting, and mysterious all at the same time. Our new song “Hotels” was partially inspired by Quentin Tarantino’s 4 ROOMS (we actually had it playing on silent in the studio) and the band’s real world experiences with life on the road. In writing this new single we hoped to capture the psyche of the traveling artist that welcomes the feeling of the unknown and undone.”