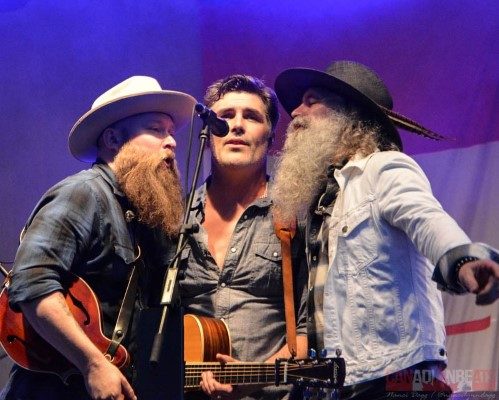 The Washboard Union have quickly become one of Canadian country music’s fastest rising stars. The dynamic group that consists of; principal members David Roberts, Aaron Grain, and Chris Duncombe have earned a solid reputation as one of Canada’s best bluegrass/country/roots bands. From their self-titled debut album The Washboard Union released in 2012 and their EP In My Bones released in 2015, the group has embarked on nationwide tours as supporting and headlining acts. They are decorated CCMA, BCCMA, and WCMA winners. One of their most recent wins was 2017’s Canadian Country Music Association Awards Roots Artist or Group of the Year.

The Centennial Theatre located at Bishop’s University in Sherbrooke, QC does it’s very best to bring Canadian country music to the greater Montreal region. With past headliners including; Terri Clark, Brett Kissel, Jordan McIntosh, and George Canyon the Centennial Theatre works in association with Firehouse Productions to ensure that Canadian country music has a special home in Quebec.