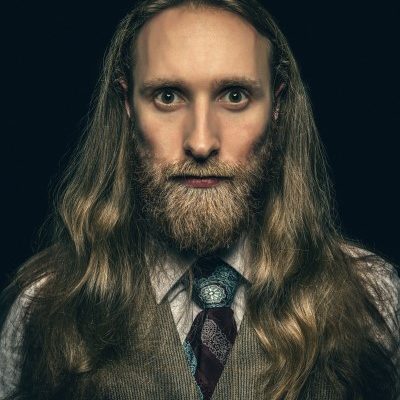 In March of 2017,  Moniker released his debut album Nowhere Left To Ghost, an album dealing with leaving old haunts behind and moving forward to new adventures.

This November, Moniker is materializing in new places to manifest his unapologetically genre-defying music with Western Canada, sharing his spirit from his diversely sophisticated album to fresh audiences.

Touring internationally with critically acclaimed artists like Jeff Straker, while producing and engineering breakthrough albums for artists like Megan Nash (PandaCorn), Moniker has honed his sound and developed his songwriting, melding his influences into a true sonic mosaic.

With songs like “IS”, a blend of ambient soundscape, dirty electronic soundbites, ethereal vocals, angelic harp-inspired instrumentals with soaring saxophone and hand drums, to “Push Play DJ”, a straight ahead, blues-rock tune with guitar and bass sounds bigger than the Canadian prairies provinces, Moniker’s debut album is the voice of a true musical savant.

For more information check out brodiemoniker.com.