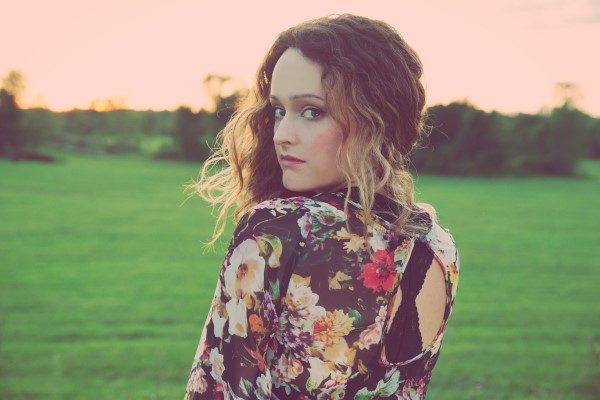 Putting Jadea Kelly into a musical nutshell, she is haunting, melodic and honest, in the most beautiful ways. That’s the easy way to sum her up, but there are so many more layers to be discovered including on her third album Love and Lust.

From track one of “Make it Easy” straight through to the album closer of “Beauty”, Love and Lust is an album that the listener When writing songs, where does the feeling start for you: the lyrics or the melody?

The writing usually begins with a melody that I quickly record into my phone and revisit later. Sometimes it’s a phrase I hear or write that transforms into the eventual song. “make it easy” was written very quickly in an afternoon at my Toronto apartment. Just came to me!

Thinking back to your first two albums, Eastbound Platform and Closer (Clover), what’s something you’ve always held onto in the album creation process and one that you’ve grown away from?

With Clover & Love & Lust I had the same producer (Stew Crookes) and his organic ‘live off the floor’ / recorded to tape method. We chose a take based on how it felt. Very important to me.

I saw your music described as “Euphoria Folk”, which is such a beautiful way to sum it up with country, pop and even electronic thrown into the mix. What were some of the genres you were drawn to listening to growing up?

I was a straight-up country fan through and through. The Saturday morning countdown was my life. My first concert was Shania Twain and I lost my mind !! My parents had a solid country pop-folk vinyl collection too. Everything from Joni Mitchell to Gordon Lightfoot and EVERY Olivia Newton John album that exists. I was also briefly drawn into the mania of NSYNC haha

You’ve had the chance to play/tour with a solid list of musicians including Blue Rodeo, Protest the Hero and, most recently, Sweet Alibi. Do you have a collaboration “bucket list” of sorts with those you’d love to work with in the future?

VERY honoured to have toured with those artists and learn from them. I’d love to work with more American songwriters like Amiee Mann, Gillian Welch or Sharon Van Etten.

Having had the chance to tour across your home country of Canada and your adopted country in the US along with Germany & The Netherlands, is there a drastic difference in how crowds connect to your music?

European audience members definitely seem more excited by Canadian acts, including us. Maybe because we are a distant “other” thing. Pretty thankful for all of our believers!

Pamela Roz’s longest relationship is and always will be with music. It’s through this passion that she was drawn to radio 13 years ago, most recently as one half of The HOT Show on HOT 100.5.