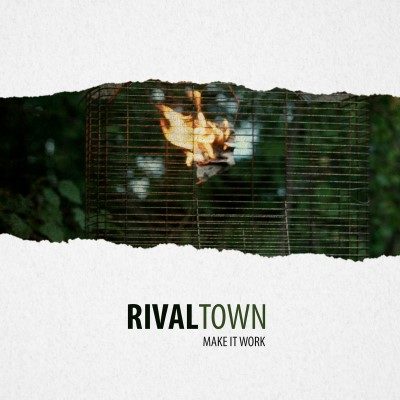 A year ago, Rival Town moved from Thunder Bay to Saint Catharines to give the band the best shot possible. Make It Work is a collection of songs about the struggles that they have had since that move.

When the band released the lead single, “See Through”, a few months ago, I knew this EP was going to be something to look forward to. The song really gives a good vibe for how the rest of the album sounds and if you like it, it’s a pretty good sign that you’ll like most of Rival Town’s music.

My two favourite tracks from the EP are “Colder”, the second single, and the second track “Subjective”. I find myself humming both songs throughout my day.

“Untitled” closes off the album by really pushing the theme of it all, the big move and the struggles that go along with it, as well as how they might not be quite where they wanted yet.

I’ve always joked about how Rival Town fit the stereotype of a pop-punk band with things like pizza on their t-shirts and even going as far as selling bundles in pizza boxes. I don’t see this as a bad thing at all, Rival Town know the music they want to make and they do exactly that. Make It Work is a solid pop-punk album that I’ll be spinning for a while to come.