By Jordyn Armstrong on October 20, 2017@jordynhannah95 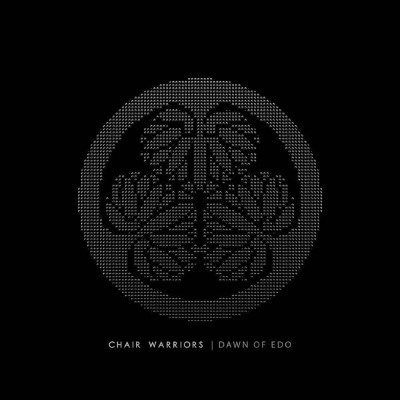 Montreal three-piece band, Chair Warriors, released their most recent seven-track EP, Dawn of Edo on September 22. This album is the follow-up EP to their first EP, A Thousand Words (2011). Since forming in 2009, they had the pleasure of opening for big bands like I Mother Earth and The Joy Formidable. Their influences include bands like The Killers, Thirty Seconds to Mars and Muse, but can also go back as far as Beethoven and Bach.

Dawn of Edo is said to be based on Japanese history and brings in other political, cultural and military issues.

Upon first listen, I was actually in love. This album falls right in there with my usual favourites, which isn’t surprising with Thirty Seconds to Mars as one of their influences. It’s not easy to sing to lyrics, with music that keeps you intrigued the entire time you’re listening. In songs like “Firethin”, you can definitely tell they have a Muse influence but with a Nickelback-meets-Nirvana vibe.

However, on the album, my favourites are a toss up between “Lights Out” and “Primal”. When “Lights Out” was released, frontman Brandon Mignacca said it was about seeing things as they truly are and I think that is something anyone can identify with. Like how lights make it unable to see stars, as the example Mignacca used, it relates back to how things in our lives can make it difficult to see people or events for what they really are. And I love how easy it is for listeners to take away that meaning and apply it to their own lives.

If you’re into alternative rock or want to change it up, I highly suggest throwing this album into your playlist. It’s a relatable, different yet comfortably similar album that keeps you listening from beginning to end. I have only known about Chair Warriors for a short time but they are quickly finding themselves onto a list of my favourite Canadian artists.