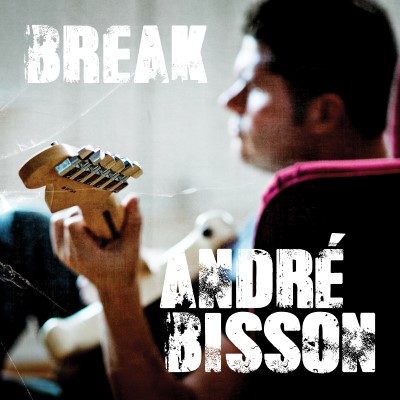 A force to be reckoned with on the Canadian music scene since 2005, singer-songwriter Andre Bisson is unveiling yet another new album, Break. With the influence of Motown, blues, and gospel, the twelve-track collection is sure to drop jaws countrywide.

The opening track, the same-titled “Break”, immediately steeps listeners in Bisson’s languorously bluesy, infectiously toe-tapping beats. With a vocal range that will make eyebrows lift in impressed surprise, an orchestra of harmonica and percussion acting as the backbone, and enough emotion to make even the hardest of hearts give in to the sheer passion Bisson exudes, “Break” is undoubtedly the perfect song to use to draw the curtain back on the remainder of the album.

Late-album “Eleanor Rigby” showcases Bisson’s emotional range, slowing it down to a sensual—but still unapologetically fun—tune, his lead vocals reminiscent of Hozier’s, if Hozier was drenched in a delightfully Southern vibe.

Proving himself as a true artist through and through time and time again, Bisson checks off every box with Break, and your autumn wouldn’t be complete without giving it a listen.