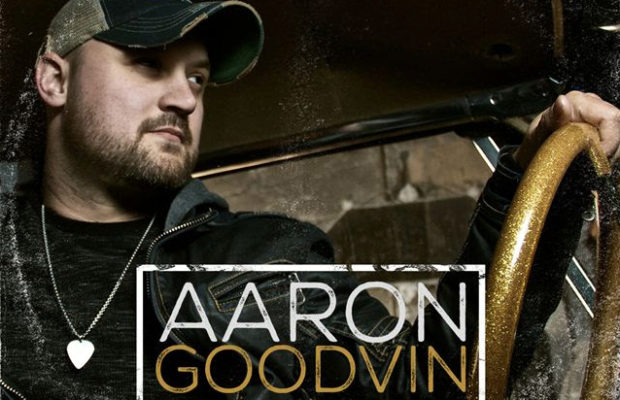 On a recent visit to Nashville, TN, I was able to set up an interview with Canadian Country singer and songwriter, Aaron Goodvin.

Goodvin, who is originally from Spirit River, AB, moved to Nashville about seven years ago to further his musical career. As any artist will attest, it doesn’t happen overnight“wsw. Eventually, after a few years of hard work, and meeting some influential people, a co-write with Cole Swindell lead them to Luke Bryan picking their song “Out Like That” on what would become his multi-platinum album Crash My Party.

Goodvin’s self-titled debut album, produced by Canadian Country crooner, Johnny Reid and CMA nominated Bart Butler (Jon Pardi) was a labour of love and, so far, has released four successful singles – “Knock On Wood” (that hit Top 40), “Woman In Love” (Top 10), “Lonely Drum” (Top 10, certified Gold) and the latest tune, “Miss Me Yet”. Combined, his music has been streamed over 4 million times! All this earned Goodvin a CCMA 2017 Rising Star nomination.

In this interview, we talk about all this and more!

It is also worth mentioning, that Goodvin had a hand in writing “When A Momma’s Boy Meets A Daddy’s Girl, recorded by Aaron Pritchett, that went #1 on the CMT countdown.

You can catch Goodvin on tour with Gord Bamford‘s Neon Smoke Cross Canada Tour in 2018.