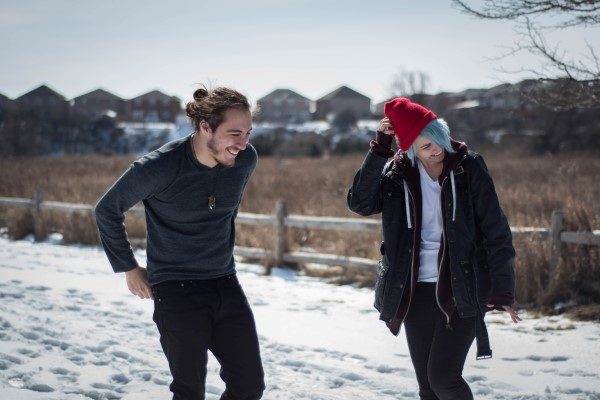 Toronto Independent Music Awards “Best Indie” nominee, FXRRVST (pronounced ‘forest”) is a two-piece band made up of Holly Forrest and Matthew Fuentes. The duo has released a video for their single, “Tidal Wave” and we are stoked to be the premiering outlet for the release. On top of the new video, FXRRVST has announced two November tour dates in Toronto,

When we asked Holly about the video release, she responded,

“This was our first music video and we had a blast making it.  William Nguyen (Cinematographer) and Matthew Narea (Director) are very close friends of ours and they made this experience amazing for us with their drive and understanding of the concept we wanted to convey.  Our favorite part about making the video was being at the settings of each scene,  specifically the rock climbing scene.  It was shot at Rattlesnake Point in Milton and the whole conservation area was just stunning.  Travelling to all the different locations has pretty exhausting, but it was all worth it in the end.”