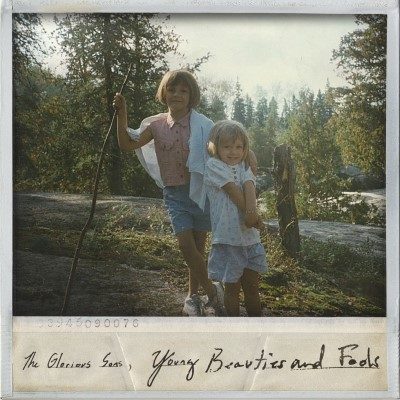 Alternative rock band The Glorious Sons recently released their sophomore album, Young Beauties and Fools on October 13th via Black Box Music and Universal Music Canada. The band has already reached massive levels of success such as their JUNO nomination, as well as having over 5.8 million streams and 100,000 singles sold, which is a feat in this day and age.

The album is an autobiographical album of sorts of the lead singer and his trials and tribulations in life. “It’s basically the story of a 24 year old kid. They’re simple songs about alcoholism and the mostly autobiographical story of my life. The whole thing is derived from the thoughts, actions and feelings of a kid who doesn’t really know himself and the consequences of those actions.” says Brett. The album as a whole is extremely relatable in lyrical content and will ring true to many in the same shoes as Brett. The ten song release is beyond catchy and has a mix of slower and faster-paced songs. It opens with “My Poor Heart” which starts off slow before it picks up the beat and will leave you with little choice but to move along. “Everything Is Alright” is seemingly about everything being alright, even if it’s only for one night when the rest of your life seems to be a bit off. “Hide My Love” would strike a chord with those who are forced to keep their relationship a secret, by their choice or their partner’s, and the struggles with not wanting to hide it anymore, or perhaps those who cannot openly express their feelings to those they lust after. The album closes with “Thank You For Saying Goodbye” is a heartbreaking tale of a relationship that had soured, but both parties still remained with each other past the time they should have ended things.

You could listen to this album as it is and see it purely as an autobiographical narrative of someone else, or, because music is an amazing thing, you can hear the lyrics and apply it to your own life. The album is easy to connect to and find deeper meaning in. If you aren’t interested in the deeper meanings of lyrics or connecting to them on different levels, it’s very easy to listen to and enjoy and dance along to.