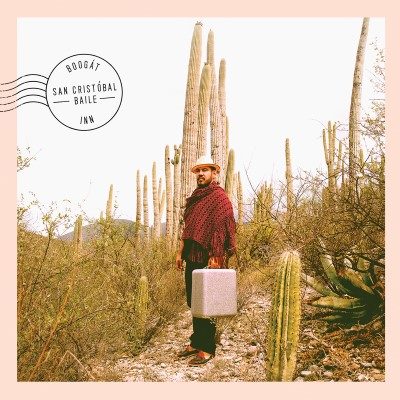 “Sabes Muy Bien” draws the curtain back on the twelve-track album. Instantaneously infectious, “Sabes Muy Bien” immediately immerses listeners in the atmosphere of the album: with punchy, trumpeting vocals, lively downbeats, and political overtones swathed in party ambiances, “Sabes Muy Bien” is the perfect equivalence for the entirety of the album—the serious work of an artist that doesn’t miss out on being just plain fun to listen to.

Late-album track “Wali Wall” further emphasizes this, drawing out a club-like, sensual vibe that will strongly appeal to even non-Spanish speaking audiences. And with an ongoing tour spanning Canada, Mexico, Argentina, the UK, Germany, and a myriad of others, it’s clear to see that he’s hit the mark with listeners all across the globe.

Unapologetically fun, deceivingly layered, and unique to its core, San Cristobel Baile Inn is not one to be missed out on this Fall.