Home / Albums / The Ultimate Collection by Anne Murray is out now

The Ultimate Collection by Anne Murray is out now 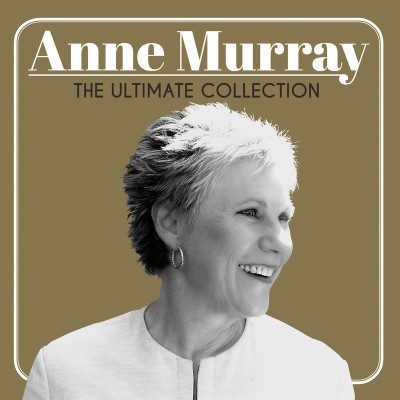 Anne Murray has rightfully earned herself a title as Canadian Music royalty. Murray has had an astonishing career spanning over 40 decades and has become one of the most celebrated Canadian musicians of all time. With over 30 studio albums, a record-setting amount of Juno awards, and four Grammys, that is just the tip of the iceberg when it comes to all things Anne Murray.

After the extensive One Last Time Tour in 2008, Murray toured the country for the last time. Followed by a run of successful tour dates, Murray’s final public performance was held at the Sony Centre in Toronto on May 23, 2008. Murray announced that the One Last Time Tour would, in fact, be her last tour and that retirement was the next chapter of her career.

Fast forward almost ten years, Murray is still in retirement and mainly keeping up with her family and philanthropic duties. Despite retirement, Murray has now graced us with The Ultimate Collection. This is one of the most authoritative collections of Murray’s work as she cultivated 41 of her favourite tracks for her fans to enjoy in one collection.

The Ultimate Collection celebrates Murray’s 40-year career with not only mega-hits but also personal favourites. Now available digitally and as a 2-disc set, a double-vinyl set will be available on November 17, 2017, and is currently available for pre-order online through most major music retailers.

“The original idea was to come up with a greatest hits compilation along with several of the songs that many people wouldn’t have heard but were particular favourites of mine. The hits were easy but then to decide what should go on the second disc, I went over the songs that I used to do in sound check, things I used to do in the unplugged segment of the show, personal favourites of mine. Some of them are from early on in my career so they have kind of a special meaning for me too.” Murray shares about The Ultimate Collection.

Sing High, Sing Low
Put Your Hand In The Hand (Live)
Cotton Jenny
Talk It Over In The Morning
I Say A Little Prayer/By The Time I Get To Phoenix (with Glen Campbell)
A Stranger In My Place
Robbie’s Song For Jesus
Sunday Sunrise
The Call
A Million More
Hey Daddy
Walk Right Back
Wintery Feeling
I Still Wish The Very Best For You
I Don’t Think I’m Ready For You (from the motion picture ‘Stick’)
You’ve Got What It Takes
Flying On Your Own
Bluebird
What Would It Take (with Bryan Adams) (Live)
Another Pot O’ Tea (with Emmylou Harris)
Baby It’s Cold Outside (with Michael Bublé)