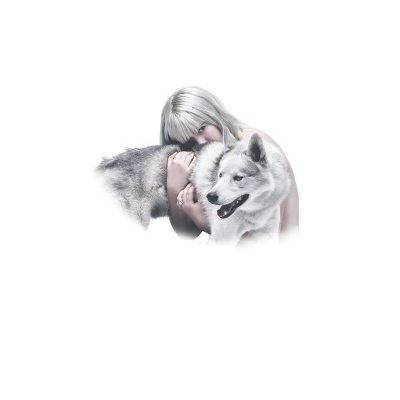 It’s a gloomy day in Toronto, and waking up with a warm latte and Little Coyote’s new moody album The Trouble With Teeth is the perfect soundtrack to your rainy Friday the 13th. Consisting of bandmates Byron Patterson, Mike Poisson and Teagan Johnston, Little Coyote have released their first full-length album today after giving us a taste of what’s to come through singles like “Medicine” and “Annie’s Dead.” Johnston, the band’s leader, began her music career on the west coast of Canada, where she released her first EP, Winter’s Child, and worked with local artist, Aidan Knight. She relocated to Toronto at the age of 19 to start Little Coyote.

The band’s sound and aesthetic is based on Whitehorse which is Johnston’s birthplace. Little Coyote is her Yukon nickname and musical alias, and she is now happy to share the name with bandmates Patterson and Poisson.

The album begins with a dark, cyclical intro before diving into the first track. Johnston’s vocals longingly yearn over a melancholic, yet uplifting tune in “The Bottom,” with driving progressions and a slow build up that allows you to get lost in the song’s enveloping presence. A delicate piano riff leads into harsh percussion accents that unleash the power of the full band as they pull you further into their world.

Their single “Medicine” follows with a slightly happier intro, tinged with a veil of remorse. This tune introduces some electronic elements to the album with otherworldly effects, pulling the listener back into a dream.

Another single from the album, “Annie’s Dead,” features Johnston’s vocals lightly treading over the piano and telling us a story of a lost girl. The tune erupts into a lamenting chorus as Johnston suddenly changes the timbre of her voice to a more urgent, grieving tone. This is a song that shows Little Coyote’s ability to not only write an excellent piece of music, but how to use their music to truly tell a story and dive deep into your emotions. “Electric,” with its explosive outro and aching vocals follows, effectively pulling at your heartstrings.

“Delirium” begins as melancholic as the rest of the album but tentatively progresses into an inspiring chorus, giving us the sonic equivalent of hope and the promise of light amidst darkness.

The album’s title track “The Trouble With Teeth,” wraps it all up with a stripped down vocal/piano tune. Here the listener gets a taste of classical piano elements that you don’t normally get to hear in indie rock. Allow yourself to get lost in its simplicity as you listen.

Make sure to take a listen to the whole album, and catch the band tonight at their album release show at The Drake Underground with Beyries and Falcon Jane.