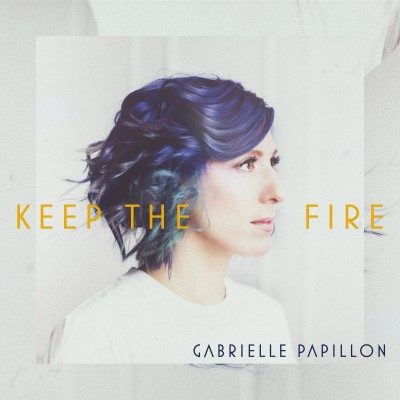 Nova Scotia’s award-winning and much-lauded artist Gabrielle Papillon releases her sixth album, Keep The Fire this October and it is her most accomplished work to date. Its 11-tracks are filled with heartfelt lyrics and haunting melodies, and Papillon explains “When in doubt or darkness, the answer is to hold my head high, let go of what holds me down, carry on, and keep the fire.”

The album was recorded in Nova Scotia at the Echo Lake studio with producer Daniel Ledwell and mixed by Neon Dreams’ Corey LeRue.

The album starts with the short orchestral ‘Overture for the Fire Keeper’ that leads as the perfect intro to ‘Three Years’ with its stirring vocals and quivering violins. It’s easy to see why her beautiful vocals have garnered such fans and critics alike since her debut back in 2001. Papillon’s songwriting has seen her develop into an incredibly progressive and influential artist.

The theme is a personal journey, from darkness into light, despair into hope, with her head held high. CB’s personal favourite is ‘When the Heart Attacks’ with such a strong lyric and vocal performance. The opening line sets the tone; “Tell me a story that nobody knows” against an upbeat soundtrack of percussion and strings.

Asked about the Title and the direction the new record took, Gabrielle is very honest in her assessment, “When in doubt or darkness, the answer is to hold my head high, let go of what holds me down, carry on, and keep the fire,” she explains.

Title track ‘Keep the Fire’ typifies this ethos and builds into an orchestral cacophony that feels like a door opening to Papillon’s newfound confidence with a shedding of the past; like a new skin.

“Deep in The Earth” is another standout track.

Papillon heads out on the road in support of ‘Keep the Fire’ in the coming weeks leading up to Nova Scotia Music Week.