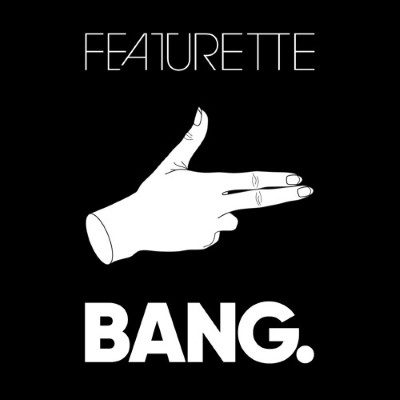 From looking at the stunning new video for FEATURETTE‘s single “BANG,” you wouldn’t think that it was shot in only two days in the middle of the Californian desert, but the duo and a small, but mighty video team managed to make their last minute idea into a reality.

While in LA to work on their music, FEATURETTE headed to a networking party where they connected with another Toronto artist, D.W. Waterson and her friend Ian Macmillan. “We got to talking and after a few drinks the four of us discussed shooting something impromptu over the weekend coming (it was Thursday at the time) for our new single to be ‘BANG,'” says lead singer Lexie Jay. “The song wasn’t finished, we didn’t have a crew, all we had were the amazing skills of this award-winning director and an incredible DoP. It was a romantic idea, to drive to the desert the day after next and shoot for two days, but certainly far-fetched, and inebriated.”

Sure enough the following day, Waterson came through with all her plans and called the band to let them know everything was set up for the impromptu shoot. The crew headed to the desert at 4:30 am and they spent two 10 hour days shooting. The product is a dreamy, eye-catching video that perfectly represents the music.

“We feel confident saying it was among the most memorable two days of all our lives,” says Jay.