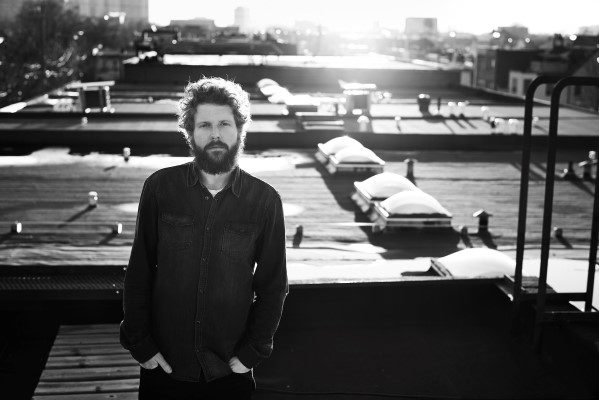 Mike McDonnell, otherwise known as Good Luck Shop has released his sophomore single, and here at Canadian Beats, we are happy to be the outlet given the opportunity to premiere the release. “Evolve” is from his debut LP which is set to be released in Spring 2018. The single was produced by Matt Fudge (Grand Analog, Wilderness of Manitoba) and mastered by Joao Carbalho (City and Color, Lights, Said The Whale). When asked about the single, Mike replied,

“The song is about looking back on a relationship and seeing it for what it truly was. Ending it seems chaotic when you’re going through it, but once time has gone by, and all the dust has settled, everything seems so simple.”

Take a listen to “Evolve” below and check out our newest segment of Five Quesitons With to find out more about Good Luck Shop.

My name is Michael McDonnell.  I’m 29 and was born in Toronto.  I started playing music as a bass player when I was 13.  I always loved playing music and gravitated towards it at an early age.  I loved to dance and sing along to the radio especially to James Brown, Motown, and The Beach Boys.  I joined a choir as soon as I could and took part in school plays.  In the 8th grade, I received an electric guitar from my parents for Christmas and began performing in bands at high school rock nights.  Playing music became the way I felt comfortable in my own skin especially throughout high school.

After school, I began working as a professional bass guitar player with several projects but started to feel the urge to write songs.  My first attempts were awful, though every song got a little bit better.  The idea of not being able to write a song began to consume me and I became obsessed with the goal to write a song that someone would like.  To be able to articulate how I truly feel, and not have anyone laugh at it.  As I finally got my songwriting to a passable level, I realized that I wasn’t going to be able to get my ideas out the way I wanted to play in the rhythm section.  The producer working with that band, Matt Fudge encouraged me to break off on my own and begin my own project.

I had been writing songs about how I was feeling in the 2 years past being in a long-term relationship, and the break up of a band I had performed in for ten years, starting when I was 15.  I was lost, and very depressed.  Everything that I had been used to was gone and I felt all alone.  I started writing songs as lullabies to remind myself that everything was ok.

Once the songs were at 95%, we asked friends and musicians to come in and perform guitar parts, vocal harmonies and alternate drum parts that we ultimately went with.  It was great to have people who are part of my life add something they heard to the song, and in most cases sent them somewhere better than I could have done alone.

I’ve been playing around the city quietly with my acoustic guitar getting the feel of how the songs sound and how people are receiving them.  This is this first time that I have not been part of a band, and it is very weird to not have tried these songs live and developed them on the stage.  I think truthfully I working up the courage on singing my feelings to a crowd.

Evolve.  It is the second single I am releasing, and It tells the story of a relationship that could have been if the timing wasn’t so bad.  When you look back on it years later, and what seemed chaotic now is so perfectly clear.  I picked up the guitar and played the chord progression accidentally and I knew I was onto something I thought was special.

My current favourite Canadian artists are Taylor Knox, Weaves, The Nursery and Ryland James.  They are four artists that are different, but I love everything that they’re doing and look to it for inspiration.