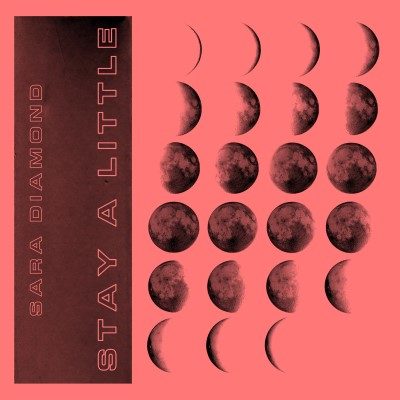 Montreal based pop/ R&B singer, Sara Diamond has been spending 2017 releasing singles about the ups and downs of love. She previously released “Back to You” which focused on the pain of a break-up, next was “Unsure“, which is a track about the uncertainties that plague one while dating. Now, she has released her new single, “Stay a Little” which you can hear above. When asked about the single, Sara remarked,

“Stay a Little” came about at around 5:00 am right after a breakup. Something in me told me to start writing, so I took out my notepad. The bulk of the writing came from that. It was probably one of the fastest, and more honest songs from our writing sessions. Really cathartic. Even recording it brought me back to the way I felt the night that I wrote it. ‘Stay a Little’ is about knowing the relationship is over for both of you, but hanging on out of fear, comfort, and not wanting to hurt the other person. Communication is key, and I have a hard time with it. So for a while I stayed, hoping I could rationalize my way out of what I was feeling. I told myself that I didn’t want to hurt him so I tried to make it work, but in reality, it probably hurt even more because I stayed even when my heart wasn’t in it. And, it was also the fear of being alone, not knowing if I’d ever know love like that again.