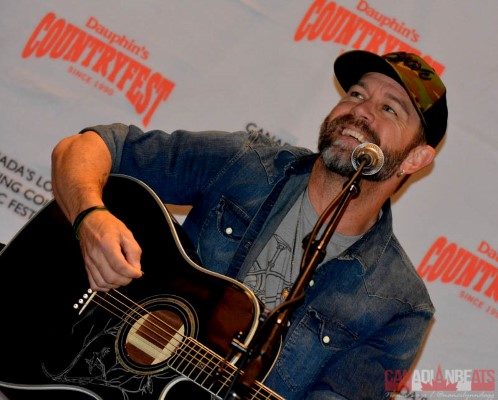 On Thursday, October 5, 2017, at Club Regent Casino & Event Centre, Dauphin’s Countryfest held their annual press conference to announce the headliners for 2018. After listening to some much heartfelt speeches by Countryfest producer Rob Waloschuk and Eric Irwin, president of Dauphin’s Countryfest, a video presentation of the lineup was shown.

As in past years, a surprise artist is asked to come up to tell some stories and sing a few songs for all. This year, we saw a single acoustic guitar and one stool on that stage. We all tried to guess who that surprise artist would be this year, but couldn’t. When Rob Waloschuk introduced BC-based Aaron Pritchett, we were all ecstatic. He was the icing on the cake (the 2018 lineup announcement was the “chocolatiest” of all chocolate cakes).

Aaron Pritchett started off with “Dirt Road in ‘Em” then followed up with a few stories about his career. His second song was his biggest hit in 12 years and he told us a story how he always gets shivers (it happened today, too) when he sings the final line of the song, “When a Momma’s Boy Meets a Daddy’s Girl.”

In 2006, Pritchett released his hit single, “Hold my Beer.” He told us a couple of stories before performing his last song and he had the crowd in stitches. The first story involved his mom and grandma. They came out to see him perform and this was to be the first time he sang, “Hold my Beer” in public. Pritchett was quite worried that they might not like this one. After the show, his grandma came up to him and said, “I love that hold my beer song.”

This story was a very fitting way for Pritchett to finish off. “Hold my Beer” was released in May 2006. He was performing at Dauphin’s Countryfest in June 2006 and really wanted this song to be a part of his encore. “Big Wheels,” his huge hit was going to be another encore song.  He wasn’t sure if the crowd would even know it. He left the stage and his manager at the time, Carmen Chorney, told him to take out her earbuds. This was “that moment” in his career. He heard over 18,000 fans chanting – “HOLD MY BEER!” over and over again.

He has never forgotten that. What a great way to end the press conference!

Aaron Pritchett will be the headliner at Dauphin’s Countryfest on Friday, June 29, 2018, on the Bell MTS Stage. 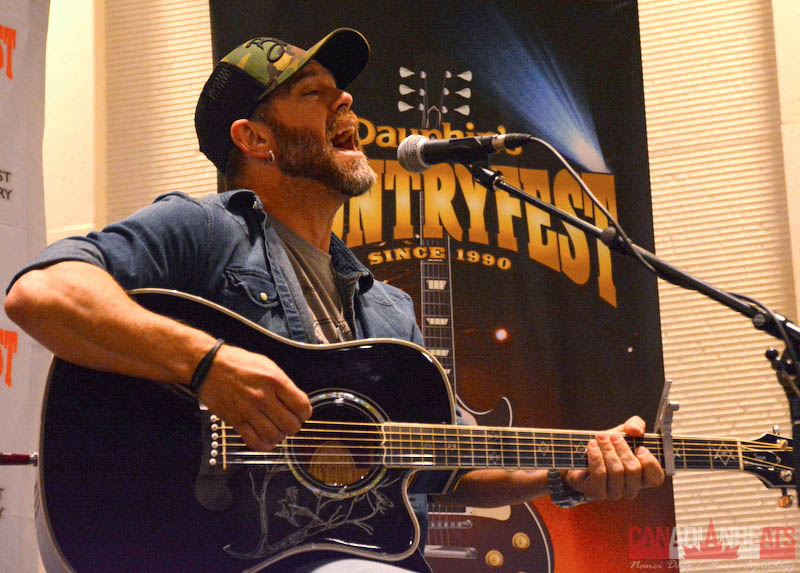 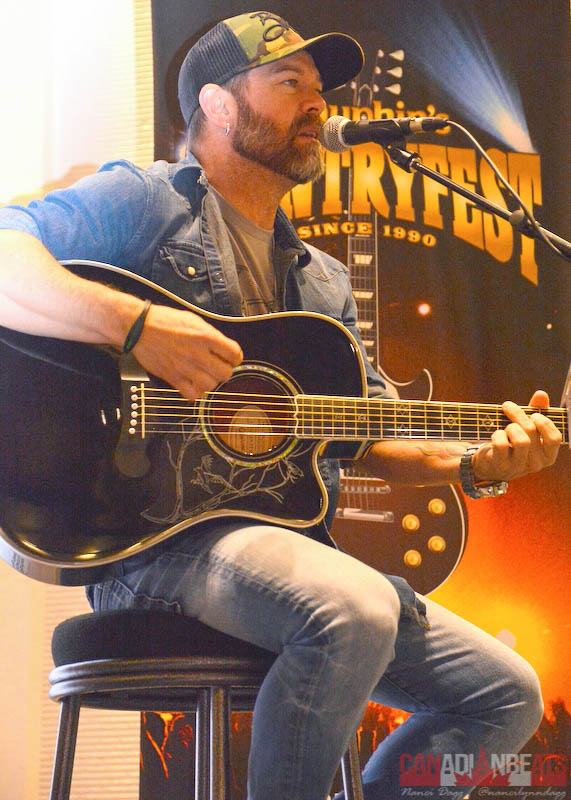 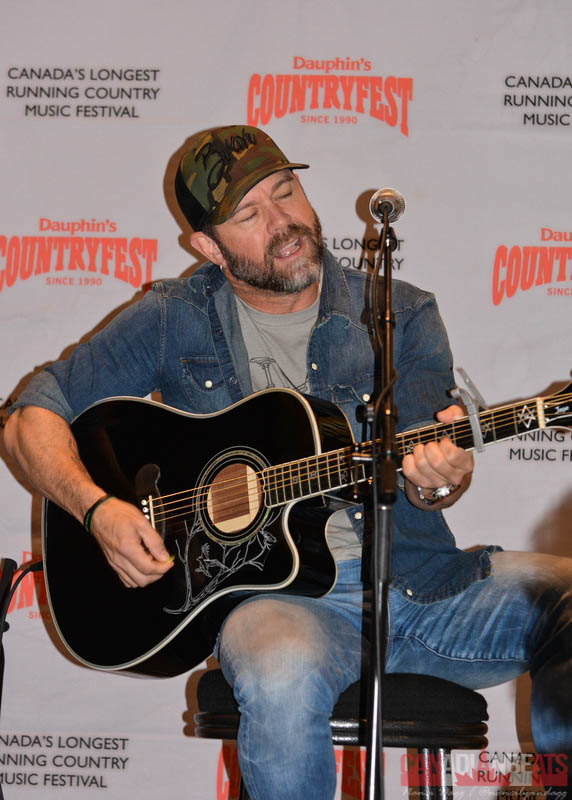