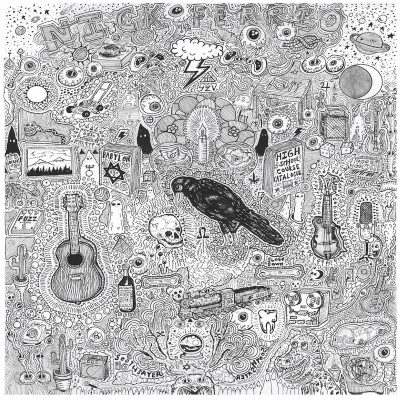 Change is nothing new to the lives of each and every one of us. We’ve always been told that change is a good thing. Change is something that helps us grow and expand our creativity. Change is inevitable.

This is just what Peterborough, Ontario’s Nick Ferrio did with his recent release of Soothsayer; a 10 track album composed of rock and roll songs. For those fans that have followed Ferrio for a while, this is something new and exciting. It is a definite change from his previously released folk and country albums. But as I said before, change is good… right?

With the release of Soothsayer Ferrio, along with his band His Feelings (Sean Conway on bass and Brandon Munro on drums), creates melodies inspired by a 70’s power-pop sound. Staying true to his folk roots, storytelling and feelings are the focus of the lyrics and melodies. The feelings on this album are described as being “wrapped in the fuzzy sweaters of rock and roll and psychedelia.” The stories being told through the lyrics are often something relatable to the general audience. The combination guitar, distortion, and drums create groovy magic. What more could you ask for?

The 70s influence is definitely strong throughout the album. The addition of distortion and groovy beats adds to the catchiness of the songs. Stand outs on this album are definitely “Squeeze The Breeze” and “Everybody Talks” for me. The lyrics were intriguing and the beats were catchy. These are definitely tracks that I can see myself adding to my current playlist sometime in the near future.