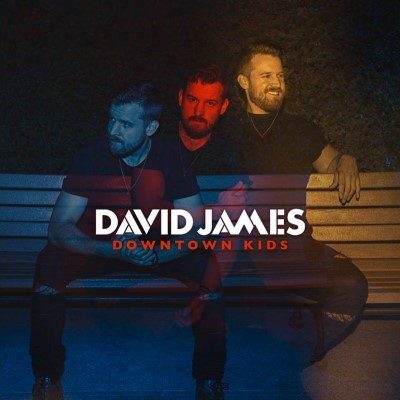 David James will release his six-song sophomore EP, Downtown Kids on October 20th, 2017. The release of the EP will coincide with the release of the EP’s third and newest single, “Sun Set On It”. Downtown Kids is produced by Dan Swinimer (Alee, JoJo Mason, and Madeline Merlo). The EP is a showcase of James’ unique country style that blends pop, rock, and country. James’ draws musically from all aspects of his life and incorporates that influence directly into his music both inspirationally and lyrically.

The Manitoba native earned himself two Canadian Country Music Association Award nominations during the 2017 edition of the awards; including a nod in the “Rising Star” category after the release of his 2016 debut EP, Songs About A Girl.

You can currently pre-order Downtown Kids right now, up until the day of release. James will celebrate the upcoming release ofDowntown Kids with a performance at Calgary’s Webber Academy Performing Arts Centre, as part of the live music broadcast seriesStampede City Sessions. The Stampede City Sessions episode featuring James will debut on PBS later this fall to an estimated audience of more than 2 million viewers.

Downtown Kids Track List:
Sun Set On It
Staring At Stars
Turn Me On
Downtown Kids
What If I Don’t
Later