Brett Kissel announces We Were That Song Tour set for 2018 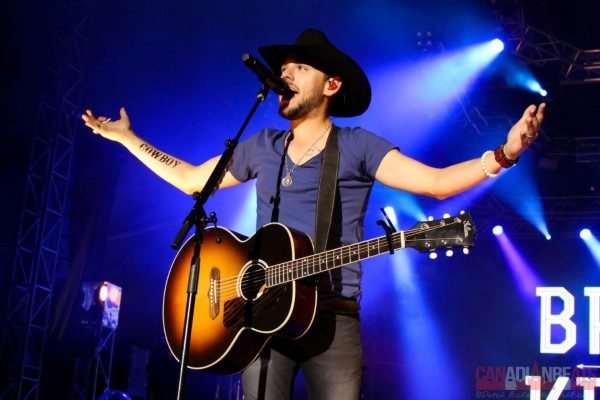 Brett Kissel fans can rejoice as the reigning 2017 Canadian Country Music Association Awards Male Artist of the Year has announced Part One of his brand new We Were That Song Tour. With over 40 stops across Canada, Kissel will ensure he brings his music to as many of his fans as possible. Kissel debuted his latest single “We Were That Song” in September 2017 on the live broadcast of the CCMA Awards which were held this year in Saskatoon, SK. With his electrifying performance on the awards show, the single was released digitally the following day.

Set to commence in January 2018, tickets for the We Were That Song Tour are scheduled to start going on sale Friday, October 6th. Kissel has already invited Dan Davidson as a special guest for select tour dates. “We Were That Song” is the first single and track announced off of Kissel’s upcoming album, with more details to be released in the next few weeks. Currently, there are over 40 scheduled dates across the nation between January 2018 and March 2018, with more dates to include Quebec, New Brunswick, Nova Scotia, Prince Edward Island, and Newfoundland to be announced soon.

With 10 CCMA Awards, and multiple headlining tours already under his belt, Kissel’s latest tour will be one you will not want to miss out on. Kissel always gives 110% on stage and ensures that his fans are never disappointed in attending one of his shows. More details, including where to purchase your tickets and updates can be found on Kissel’s website.