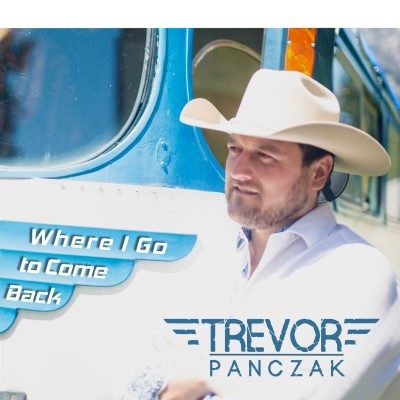 Album: Where I Go to Come Back
Release Date: September 15, 2017
Genre: Country

Lately, I’ve been noticing more and more new country artists that are popping up have been ditching the pop-country sound and trading it in for the more traditional approach. What I’ve also noticed is a lot of country fans are digging it. Trevor Panczak is a hard-working Alberta boy who digs deep into his country roots, bringing Canadians a more traditional country sound that is pleasing to the ears. He is bringing the art of storytelling back to life with his new album Where I Go to Come Back, and combined with solid vocals, he has the potential to reach a wide variety of audiences.

When I first listened to the album, my instant take on it was he sounded along the lines of George Canyon or George Strait. Both have been longtime artists in the country business who know how to put on a solid performance without veering off their intended path. After doing a little research, I found that Trevor has been doing this for more than 20 years. He has a heap of life experience and it shows in his writing and his sound. He has a voice that the traditional country fans love but one that fans of all country music can get behind too.

I love that the lyrics are relatable and not so much about the party-life, but moreso the life experiences. Country music may be known for its ‘whiny’ and ‘twangy’ sound, and its knack for singing about beer, cowboys and heartbreak, you get a different perspective with Trevor’s new album.  He paints a picture of living a simple life with deep rich with experiences, friends and family. Songs such as “Riverbank” “Words Fly” and “Where I Go to Come Back” are great examples of this.

Of course, as with all country music, you have to have a little bit of fun too. I mean, what’s a country album without a song about whiskey or having a great party? “Last Weekend” is a fun track that I enjoyed quite a bit, and it’s a great mix-up from what the rest of the album is putting forth.

You can tell that Trevor is an experienced musician and it shows in his work, in the songs and the way that the album was put together. He had a great team of producers and writers behind him and he knows how to put a great album together piece by piece. I know I read he’s been around the music industry for quite some time, and I’m kind of sad that this is the first time that we have heard of him up until now. If he keeps producing solid music, however, I can see his career taking off very soon.