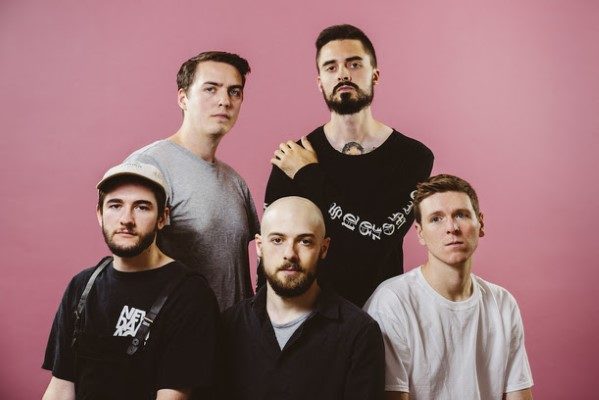 Quebec metalcore band, CARDINALS PRIDE will be releasing their debut full-length album, The Quiet Erosion on November 10 via New Damage Records. You can pre-order the album HERE. The band has released a video for their lead single, “Marrow”. When asked about “Marrow”, Alex Pare states,

’Marrow’ is one of the first songs we wrote on The Quiet Erosion and we’re so happy to finally release it. It’s a song that has changed a lot since its first draft and I feel like going through those rearrangements has helped us refine our songwriting for the album. As for the lyrics, “Marrow” is about refusing to shut it down when it comes to issues that matter to me. For a long time, I tried to avoid fights and arguments with my friends, coworkers and family. However, at one point I realized that remaining silent when consistently disagreeing with someone made me feel terribly miserable inside. Speaking up may make it more tense between you and your surroundings, but it’s worth it if you truly want things to change.”

The band also has a few upcoming tour dates, if you’re able to catch them, you certainly should: