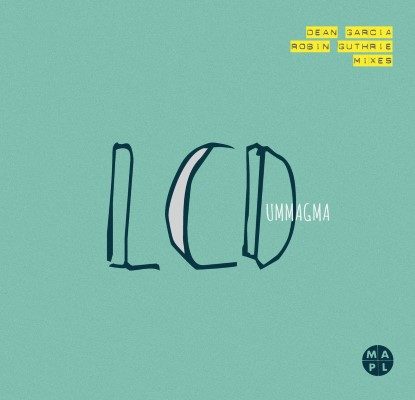 Ummagma is anything but new to the music scene. With numerous LPs and singles under their belt, they have set out to captivate audiences with unique remixes of previously released hits on the recent release of their EP LCD.

Ummagma is the Canadian-Ukrainian dream-pop duo of Shauna McLarnon (Canada) with dreamy vocals and Alexander Kretov (originally from Ukraine) presenting a broad array of musical melodies through multiple instruments.

Throughout this EP, Ummagma creates a kaleidoscope of sounds to entrance the listener. The EP starts with the title track, ‘LCD’, in its original form. This song has been described by the duo as a psychedelic trip and this description fits the song perfectly. With a unique combination of guitar, synths, and vocals it is sure to leave the impression of soaring off into the unknown.

The duo enlisted the help of Robin Guthrie (Cocteau Twins) and Dean Garcia (Curve) to add a groovy new twist to their already unique sound. Guthrie added his talents to create a spellbinding remix of ‘Lama’, a tune previously released on the duos 2012 album Antigravity. Garcia (renowned for sculpting sounds to create alternate-universe pop hits and has worked with artists such as Eurhythmics and Mick Jagger) added his magic to create mesmerizing remixes of ‘LCD’ and ‘Back to You’ (another track from 2012s Antigravity release). Garcia has said that the approach taken for the ‘LCD’ remix was about “extracting the most trippy n spacey elements and expanding them into a different zone”.  The remix of ‘Back to You’ was “more about enhancing the mood of the song as it stood, but with view to bring out its dark and foreboding nature.”

With some pretty impressive awards under their belt, such as the Alternative Eurovision on Amazing Radio representing Ukraine among 23 countries and the Top Album of 2015 – Stereo Embers Magazine, Ummagma is taking the world by storm. The release of the LCD just adds another great accomplishment. Make sure to keep an eye out for this duo, they definitely will not disappoint.