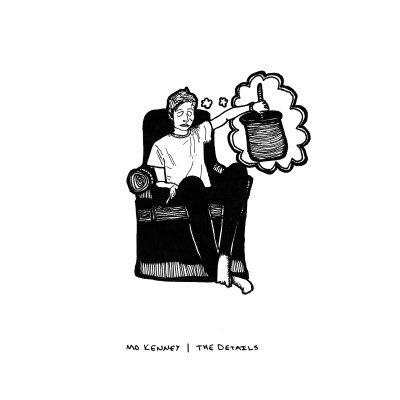 Nova Scotia’s award-winning artist Mo Kenney releases her third album, The Details hot on the heels of recent single Maybe I am. The 14-track album features the recent single ‘Unglued’ and Canadian Beats think it’s something of a masterpiece!

Since breaking onto the scene back in 2013, Kenney is no stranger to plaudits, but even at first listen this is a beautiful and gritty album, with so many contrasts. Beautifully written songs, authentic playing and a really sweet production that allows the vocals, and the retro guitar sounds to ring true.

There’s a definite progression in Kenney’s songwriting prowess. Vulnerable, honest, sad; charting the pitfalls of 21st-century relationships. Each song hangs together with a bittersweet and dark humour in a style that she is making all her own. It’s hard to pin her down; she is slowly carving out her own niche as an East Coast Elvis Costello. Ups, downs, highs, lows, The Details charts her personal path in what feels like a therapeutic release.

After the LP’s ‘Cats not a cake’ quirky but meaningful intro, she launches headfirst into guitar heavy ‘On The Roof’. It sets the tone and leaves you wanting more. ‘Maybe I am’ with its chord heavy opening evokes a west coast surf vibe…Weezer meets Alvvays with an awesome guitar solo, before moving into the interlude of ‘Counting’.

“Out The Window’ with its telling chorus “Everything is coming undone – I through my love out the window” is the albums crossover track to a more optimistic Kenney in this concept album of sorts. Recent single ‘Unglued’ garnered heavy radio play and keeps the upbeat vibe against a backdrop of angst-ridden lyrics, and a retro rock ’n’ roll soundtrack that leads you into Kenney’s best work to date…

‘I Can’t Wait’ is an epic track with singer-songwriting at its best, building with a sumptuous melodic backing that leads to the most gorgeous of guitar licks. The depth of melody mixed with soul-searching lyrics, make this a major standout track that could break this East Coast gem to a very wide audience indeed. Kenney’s haunting vocals are the glue that everything hangs around.

Reverb-heavy production evokes candle-lit nights in bedsit land; a credit to Kenney and fellow producer Joel Plaskett for capturing these moments so sweetly. From the first parlour guitar notes to the last on ‘Feelin’ Good’ you can’t help getting carried away on this emotional ride.

Join in the ups and downs when Mo Kenney plays The Horseshoe Tavern, Toronto on October 5th then back on home turf at the Seahorse Tavern, November 2nd.

Recommended Taster Track: “Maybe I Am”