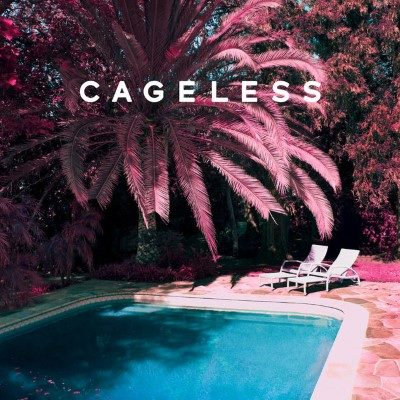 Canadian sensation Hedley is about to release their highly anticipated 7th studio album entitled Cageless. The album drops today and is the first since the release of Hello in 2015. It also marks the first release since the departure of longtime drummer Chris Crippin and newly added member Jay Benison. Hedley has sold over 1 million albums, and 4 million singles. The band also has 11 MMVA’s, 4 SOCAN awards, 2 Juno’s, 83 million VEVO views, 65 million Spotify streams, and 16 top 10 radio singles under their belts. It’s safe to say that they have cemented their place in Canadian music over the years, and have one of the most dedicated fan bases in the business. Cageless was written and produced by frontman Jacob Hoggard, Brian Howes, and Jason “JVP” Van Poederooyen, in the Warehouse studio in beautiful British Columbia.

“Cageless embodies exactly where we are creatively without limits. It has been a true labour of love making this album and we can’t wait to share it with the world” says Hoggard when speaking of the release. The first single off the album “Love Again” has already hit radio waves and was followed by an artistic video shot in virtual reality, a first for the band. As if that wasn’t enough Hedley then released another single called “Better Days”, speculation says there is also a video for it coming soon. You can’t deny that Hedley is one of the hardest working bands in the industry.

Cageless is a 10 track offering of exactly what we have all come to love about Hedley, catchy, danceable and lyrically storytelling pop songs. The album opens with the recently released singles, as well as the track called “Obsession” which the band has also released as a teaser. Right away you can hear that the recording of Cageless involved playing with the more electronic pop sound, while still leaving room for the traditionally harder hitting pop-rock tracks you hear on previous releases. Hedley is growing creatively, without entirely leaving their roots behind. Tracks like “Bad Tattoo” still offer that raw piano-driven sound with Hoggard’s voice breathing life into the song, it’s the classic Hedley track, and sure to be a favourite. Another track that you won’t be able to get enough of is “I’m On Fire”, the song is a faster pace, heavier hitting, can’t get out of your head listen. The last track on the album  “17”, is a timeline coming of age story for Jacob, tapping into the more personal side of his songwriting. Every track on Cageless deserves its spot on the album and it’s clear that this release was not rushed, but carefully crafted down to every detail. The only thing it seems to be missing is that tear-jerking, heart-stopping love song ballad you typically have on a Hedley album, but it makes up for that in every way possible.

Hedley is set to hit the road, taking the Cageless tour across the country starting in February 2018. Tickets also go on sale on September 29th and are sure to sell out fast. You can also grab VIP tickets via their website now, with those you will not only get your hands on great seats for the show but loads of merch and even a meet and greet with the band. September is coming up Hedley, don’t forget about the release of the video for single “Better Days” coming soon.