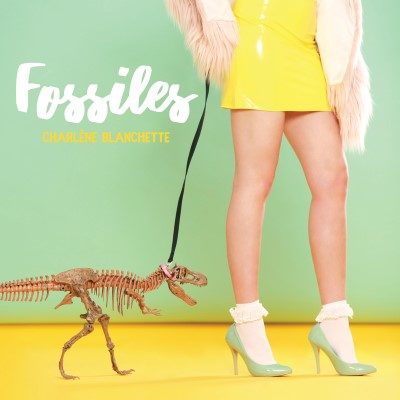 Charlène Blanchette made her Canadian Beats debut on Part Three of our 25 Québécois artists to check out! series. We mentioned that Blanchette would have an upcoming EP to be released and it is officially out today September 29, 2017. Fossiles is the follow-up EP to 2015’s Toxique.

In July 2017 Blanchette released the official video for the title-track, “Fossiles.” Choreographed entirely using hands and gestures, the metaphor stands to represent the many “challenges in life that people have to go through.” The lack of faces eases the viewer’s ability to better identify the quest that the hands are living. There is also some cool usage of subtle sign language as well.

Recently this summer Blanchette took part in the #GirlsinMusic series created by fellow musician May Wells. Alongside Wells and Mélissa Allard, the trio performed their version of the R&B Corneille hit “Parce qu’on vient de loin.”

Blanchette describes her style as “Glittery Pop-Folk music.” You can definitely hear several elements in her songs that set her apart from other artists. Using different styles allows Blanchette to incorporate her favourite musical inspirations in each of her songs. With her delicious vocals and creative edge, we will keep watching Charlène Blanchette for more good things to come.