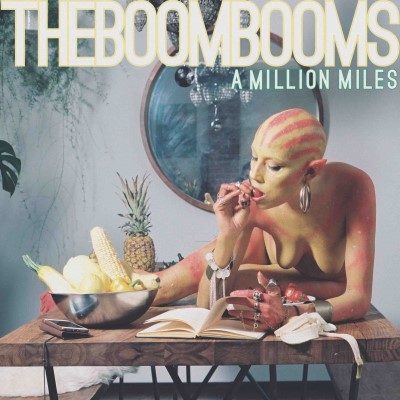 High-energy, funk-inspired, and soul-heavy, Vancouver-based band The Boom Booms are dazzling with their third LP, A Million Miles. Filling festival stages like the TD Vancouver International Jazz Festival, Pemberton, Squamish Live, Toronto Jazz Fest, and Salmon Arms Roots & Blues, it’s no wonder why all nine tracks are varied both in terms of rhythm and musical influence— from jaunty to maudlin to everything in-between, A Million Miles hits that sweet spot that will appeal to both casual listeners and veteran fans of the genre.

Opening track “Song For Noni” starts the album off with a slow-creeping wistfulness, orbiting around original and well-crafted lead vocals; short, haunting, and lingering in its lyrics, “Song For Noni” is unlike anything you’ve ever heard before, a cookie-cutter ballad elevated to new levels through the ingenuity the talent of the band has lent it.

In comparison, late-LP “Lord I’m Ready” jacks up both the pace and the volume, rock and folk influences bleeding from every chord. With that same boyish, raw-talent vocal range carrying the chorus through, “Lord I’m Ready” proves A Million Miles to be as catchy as it is compelling.

A band that truly has something for everyone, The Boom Booms have proved themselves over and over as to why they’ve been voted Best Unsigned Band in Vancouver for five years in a row— and this LP is no exception.