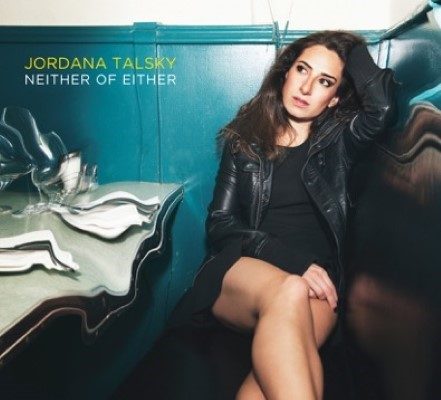 Album: Neither of Either
Release Date: September 12, 2017
Genre: Indie

Toronto singer-songwriter Jordana Talsky has been awing since her 2013 debut, and her latest album, Neither of Either, doesn’t break that trend. Drawing from influences Feist and Dido, the 10-track collection is an eclectic mix of quirky, wholly original, and undeniably catchy tracks that will stun both in terms of enjoyability and talent.

Opening track “Run” is a sweet idiosyncratic jingle with an alluring downbeat, Talsky’s beguiling vocals layered over toe-tapping maracas and glib lyrics. A song that demands to be moved to, “Run” is the perfect track to have opened with: bursting with personality, individual sound, and feel-good vibes, it sets up audiences for what to expect from the remaining tracks.

Neither of Either excels as an album that offers something for everyone, Talsky’s wide range of influences and sounds joining hands to create a tracklist that is as eccentric as it is delightful.

If you’re in Toronto on October 4, you may want to stop by the Supermarket (268 Augusta) for Jordana’s album debut. Doors at 7, show at 8.