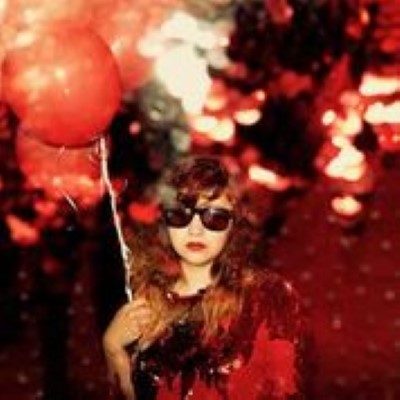 Miss The X-Files? Well, get your extraterrestrial fix with Laura Sauvage’s “Alien (Anything Like It, Have You?)”, the leading single from her new album, The Beautiful. Orbiting around the heavy presence of extraterrestrial occurrences in her life—from her mother and grandmother’s spottings of UFO’s to one of the neighbourhood dogs reportedly being abducted by aliens—Sauvage’s single was too juicy to pass up an interview on. You may also be excited to hear that Laura Sauvage will be performing in Toronto on November 2 at The Burdock in celebration of her new album, so don’t miss that!

Firstly, congratulations on the completion of your new album. How are you feeling now that it’s finally released?

Thanks! It feels like a weight off of my shoulders, but also I feel sad to not be working on it still – weird, huh? I guess I’ll have to make another album!

Now, to the part I’m sure everyone’s dying to read about—the aliens. Why choose aliens as your inspiration? Is that a topic that seeps into the rest of the album, or is it just for this single?

On ‘’The Beautiful’’ there’s only one song about UFOs – which is called Alien (Anything like it, have you?). I actually tried writing a song about aliens for the last Hay Babies album, and it wasn’t working… I wanted to compile stories of UFO sightings from people around me. I know UFOs and aliens aren’t the same, but I think it’s easier to remember ‘’Aliens’’.

Can you elaborate on the story of your mother and grandmother reportedly seeing a UFO?

My mom was a child. She was playing with her friends in the backyard when she fell and noticed this big horseshoe in the sky.

My grandmother was leaving our house when I was a kid and drove off with this big white light on top of her car, following her for like 5 minutes. Cellphones weren’t a thing back then, so as soon as she got to her house, she called us from her landline to our landline like, ‘’DID YOU SEE THAT?! IT KEPT HOVERING ON TOP OF THE CAR!’’

My friend, F, had mentioned to me before that something weird was going on between his mom and his aunt. How his aunt would tell him they would get stalked as children by the lights in the field behind the house. His mom would tell her sister to quit it, that nothing happened. She’d also tell F to not believe what his aunt told him. (He was like 24 yrs old.) Sadly, last year, his aunt was dying and they finally came clear to him. Telling him it lasted a long enough while. The lights kept coming, from time to time. Once, their dog was outside barking at the lights. And then, it stopped. When they went to check on the dog, the dog was gone, there were no prints in the snow. They had lost their dog forever. Abducted? Maybe? Who knows.

Lastly (in terms of extraterrestrials), if you came face-to-face with an alien, what would you say to them?

I would probably be speechless. I would also probably not waste my time trying to talk to them. I would shut up and just watch in awe.

Now, back to the music—as someone who personally loved the single for it’s 80-inspired, synth-heavy, Stranger Things-esque atmosphere, I’m curious as to what about “Alien (Anything Like It, Have You?)” you’re the proudest of as an artist?

It’s a song that I designed and developed using my OP-1. I don’t play keys or synths. I don’t have a bunch of robot gear to make music. I usually right on guitar. But I’m happy I wrote it with the sequencer and the drum machine. I pushed it further on guitar and the lyrics took a whole day. I knew it was gonna stand out from the album, and I wanted to push it all the way. The boys did an amazing job interpreting just that. When François Lafontaine came into overdub keyboards on the album, we saved the song for last. Just so we could go all out and add layers. He plays like Electric! I just orchestrated it.

On that note, what are you most excited about in terms of the album now being released?

I can not wait to tour with my boys, Nicolas Beaudoin (Guitar), Jonathan Bigras (Drums) and Dany Placard (Bass). I can’t wait for the show to be tight and pat down.

What ended up being one of your favourite songs off the album, and why?

I’d have to say ‘’You’re Ugly When You Cry’’ because we did it mid-tour at LaFrette Studio, outside of Paris. It was very surreal and I get nostalgic every time I hear it.

I’d also say ”Monkeys in Space’’ because it was just an art trip. We really had the mentality of experimenting all sorts of sounds. There’s Nicolas playing bag of chips in a bathtub, Jonathan playing with the hotel telephone, we tweaked guitar sounds into sounding like Space, we have subliminal messages, and it blends into the next song.

I would also say Alien because it was the first song recorded from the Studio Bout-du-Rouleau sessions.

Can you tell us about any shows you have planned for the remainder of 2017?

Well, I’m leaving to Texas with Les Hay Babies for like 5 dates, then we’re playing a showcase in New-York as Laura Sauvage. Afterwards, we’re playing a couple gigs in France for two weeks. November will be a Hay Babies touring month! Looking forward to all of it!

Finally, thank you so much for your time—any parting words you want to leave your audience with?

If you listen to ‘’The Beautiful’’ put the first song – Everything is in Everything on repeat. It’s made to go on forever. haha