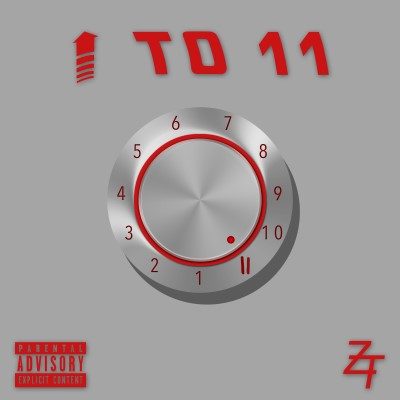 Zach Taylor has been putting out quality music with Underdog Entertainment and he’s certainly blowing up the scene, already receiving awards and nominations for his creations:

Zach’s newest EP UP TO 11 is definitely going to create a new buzz. I listened to the release five times in the span of five hours, while I was working. I appreciated the quality that Taylor puts into the production, plus his lyrics are very creative on each of the tracks.

The first track “11” is all about directions. “All these rappers got directions but they all got lost”, well Zach is definitely not lost and this particular track launched his EP into a revolutionary state of mind that just gives you a little hint of how much passion there has been put into this release.

“Too much” is a track about Zach coming to a city near you to take over the stage and show you some pure energy. Zach is tired of all the fake friends and two faces, he’s is ready to change look ahead to the future.

“I gotta” features the talented LA vocalist and songwriter Breana Marin. This is my definite favourite on the EP. This track evokes the passion that Zach possesses. He is striving to reach “boss level” and wants to give his family what they deserve. He wants to put his parents in a big ass mansion and keep them covered for the rest of their lives!

“Move” is a track with some killer energy to it. It’s a motivational style track stating to get the heck outta the way because when he and his camp come through it’s going to get loud. This is a club banger that’s sure to please.