Review – Petunia and the Vipers 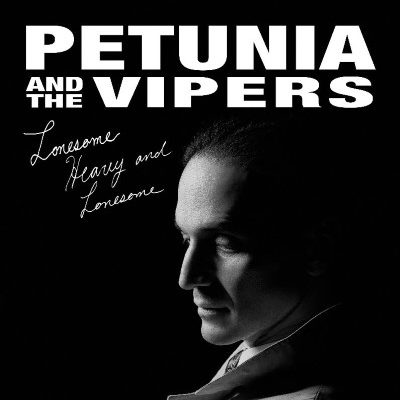 Western Canada’s Petunia and the Vipers have released their brand new album Lonesome, Heavy and Lonesome.

Formed in 2007 in Vancouver BC, Petunia And The Vipers have been described as “Real underground music… Foot- tapping country & western laced with rock and jazz.” (The New York Post) and “defining the cutting edge of what is considered creative in country and roots today” (Savingcountrymusic.com)

The band has been busy touring across Canada, performing at summer festivals and sold out shows, as well as several tours throughout the UK, and a regular circuit from Vancouver to Los Angeles, and everywhere in between.

“Blues In My Heart” was definitely one of my favourite songs, it has a soft jazz sound and is a song about heartbreak and the lingering pain of a broken heart.

“Ugliest Bitterest Coldest Dreary Place I’ve Ever Seen”, I loved this song it was really fun and upbeat and almost had a swing music sound. Very enjoyable!

Fans of traditional and alt-country, old-time jazz, & blues will find each of the 10 tracks on their new album a musical treat. It is an album that is very calming and jazzy sounding that I would recommend to anyone as it covers so many sounds. Lonesome, Heavy and Lonesome is music for the adventure seeker, the wanderer, the broken-hearted, lovers and other strangers.