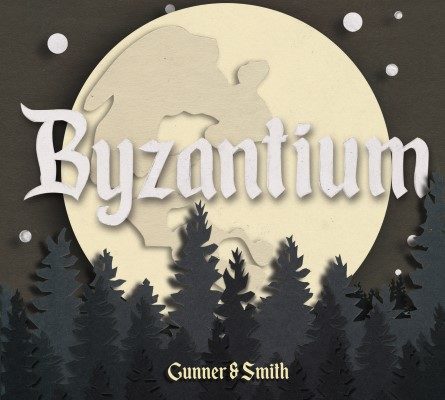 Gunner & Smith, a duo based in Saskatchewan, have released their newest album, ‘Byzantium’. The duo has been relatively quiet since their 2014 album release of ‘He Once Was A Good Man’ but are back with a vengeance, and an extensive tour kicking off today and going through to November 11th.

The album was what I expected when I first listened to it. Their unique sound pours through with their lyrics and musical riffs, allowing their talent to pour through with it. The album artwork seems fitting for the autumnal season, almost Halloween like. It matches songs such as “Fever” with its creepier vibe and lyrics about calling out to the darkness. Most songs on the album have a slower feel to them, which may not sound appealing to all listeners but it works with their style very well. Although there is no song on the album that stands out as the best, the album as a whole is still enjoyable.

You can catch the duo on tour throughout October in Saskatchewan, Quebec, Ontario and Alberta. All your information can be found on their website.