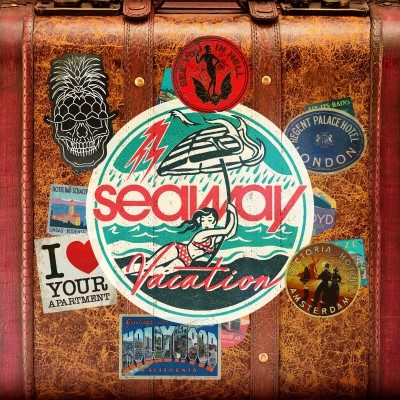 If you like pop punk, there’s a pretty good chance you know the name Seaway. The band, hailing from Oakville, Ontario, have released their new album Vacation.

The first single from an album really helps set the tone for an album and I think “Apartment” does a great job at that. Hearing it start the album gives you a pretty good feel for how the rest of the album will be.

I think Seaway did a great job at picking singles to promote this album. “Lula On The Beach” was the last released before the album and I always find myself humming it while walking around my house. Plus the video is so cute with all the dogs!

“40 Over” is probably my favourite track on the album. It start’s off slower than most of the songs on the album but really picks up towards the middle. I also really enjoy “Scatter My Ashes Along The Coast Or Don’t” which features Caleb Shomo of American hardcore band Beartooth.

Overall, the album gives me vibes of early 2000’s pop-punk and anybody who was into that era of the genre will enjoy Vacation.